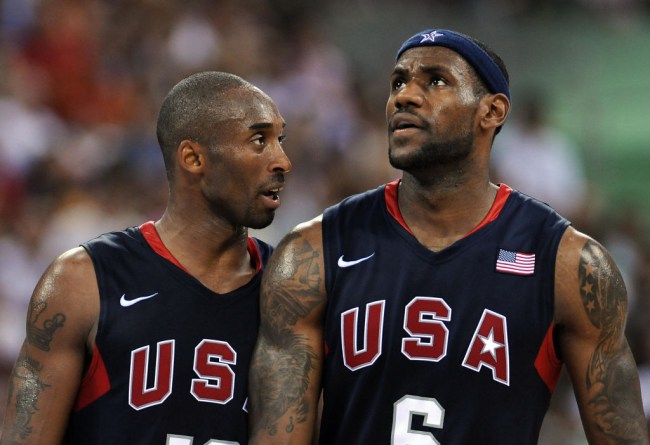 The entire sports world is mourning the loss of Kobe Bryant, but our friends in Britain aren’t quite up to par with their coverage of the death of a basketball legend. BBC aired a tribute to Kobe Bryant, but instead of clips of Black Mamba, they shared footage of LeBron James, who is definitely not Kobe Bryant.

Los Angeles Lakers superstar Kobe Bryant died in a helicopter crash that killed eight others in Calabasas, California. The tragic death was a shock to the system for most since Bryant was only 41-years-old.

The British Broadcasting Corporation program BBC News at Ten attempted to air a video package showing Kobe Bryant playing in the NBA, but instead shared footage of LeBron James.

I genuinely cannot believe that the actual BBC News at 10 just did this pic.twitter.com/n6csMV9OOG

The video that the BBC broadcasted was highlights from Saturday’s Los Angeles Lakers game against the Philadelphia 76ers, where LeBron passed Kobe to become the NBA’s third-most scoring of all-time. You can read more about LeBron passing Kobe and the special dedication he wrote to Black Mamba HERE.

We understand that soccer, cricket, or professional tea drinking is Britain’s favorites sports and basketball is far down the list. But the guy just died, maybe pay respects to an all-world basketball player by not confusing him with another player.

A friendly tip to the BBC for the future, the players are wearing things called “jerseys” that have the name of the person right there so everyone can easily identify who each player is. The clip literally shows LeBron three different times where everyone can see the name “JAMES” on his back. THREE TIMES!

The BBC News at Ten later apologized on-air for the glaring gaffe.

“In tonight’s coverage of the death of Kobe Bryant on BBC News at Ten, we mistakenly used pictures of LeBron James in one section of the report,” a BBC statement read. “We apologize for this human error, which fell below our usual standards on the program.”

A bit odd for BBC to emphasize that the mistake was “human error.” Was anyone expecting any other kind of error? Were their people out there thinking the wrong clips were played because of “platypus error” or “galoshes error?”