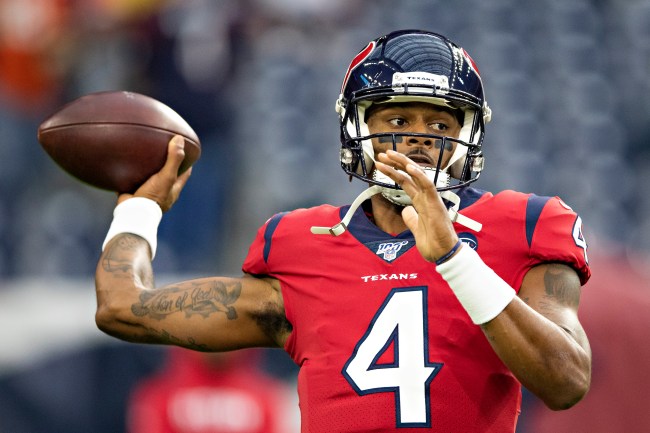 Folks, I’m a New York Jets and New York Mets fan, so you simply have to trust me when I say that I’m well-versed in the habits of a poorly-run professional sports franchise. I was born in it, molded by it — by the time I started rooting for Liverpool Football Club, sports-fan-success was nothing to me but blinding!

This is to say that I wholly understand and sympathize with the perpetual agony of being a Chicago Bears fan. The Jets did draft Ken O’Brien (Who??? Exactly) instead of Hall of Famer Dan Marino, after all. Now, while Deshaun Watson may not be a Hall of Famer just yet, the revelation that da Bears didn’t bother to speak to him once before the NFL Draft remains shocking nonetheless.

The bears NEVER ONCE talked to me.. https://t.co/nMX7JKW99P

As we now know, the Bears selected University of North Carolina quarterback Mitchell Trubisky — who had only started for one season in college — with the second overall pick in the 2017 NFL Draft. Eight picks later, with the #10 overall selection, the Houston Texans stole the National Championship-winning Watson out of Clemson University. The decision is even more eye-popping when you look at their professional stats thus far, as Watson has thrown 71 touchdowns and 29 interceptions during his first two years, while Trubisky has tossed 48 TDs and 29 picks.

Fast forward to 2020 where Watson is considered to be one of the league’s brightest stars, while the Bears seem to already be moving on from Trubisky, as the Chicago club traded for 31-year-old Super Bowl-winning quarterback Nick Foles during the offseason. Yikes. Misery loves company though, Bears fans, so us Jets fans stand with you in solidarity (even if Sam Darnold is already miles better than Trubisky).