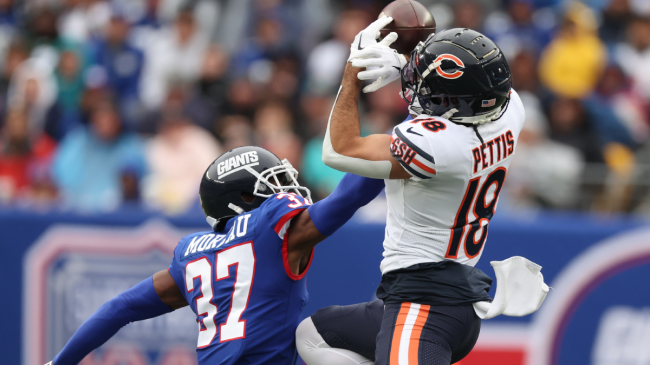 The Bears have been downright awful on offense in the 2022 NFL season. Through four games, Chicago is averaging just 16 points and 295 yards per game.

The passing attack, in particular, has been putrid. Justin Fields is throwing for less than 120 yards through the air. That ranks dead last in among starting quarterbacks, as he trails next closest player, Jimmy Garoppolo, by 130 yards. He’s the only starting signal caller to not have amassed 600 yards on the season, sitting at 471 on the year.

Luckily, the Bears’ rushing game has been able to make up for it, and the defense has been able to hold opponents to less than 20 points a contest. For that, Chicago sits at 2-2 heading into a Week 5 matchup with the Vikings.

Still, the production on the field has left a lot to be desired. A few jarring statistics show just how bad the Bears have been at moving the football.

It’s no surprise that the Bears’ offense has been bad to this point, but a few unreal stats are showing just how inept the unit has played. The entire team is being outgained in yardage and receptions by a single player.

A ‘wow’ stat: There’s a WR in the NFL who has more receptions through four games than a starting QB has completions.

Bonkers to have that going into Week 5 of a season.

Not only that, but Tyreek Hill is outgaining the entire Bears receiving corps thus far, as he leads the NFL with 477 yards. Chicago pass catchers have combined for 471 yards on the year.

It would be one thing if this was just for one game, but we’re now 25% of the way through the season. If Chicago can’t figure out its offensive woes, it could be a long year.