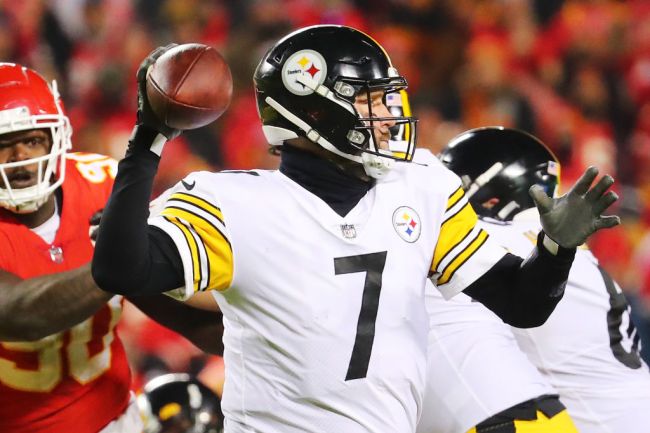 Heading into the 2022 NFL season, Kenny Pickett finds himself in an unenviable position. The Pittsburgh Steelers just made him the first quarterback selected in the NFL Draft by a large margin.

That decision put him in a position where he has to replace a Steelers legend at quarterback and he’ll be expected to do it quickly and successfully, especially after Ben Roethlisberger went to an AFC Championship as a rookie and won the Super Bowl in year 2.

Ben Roethlisberger on retirement, his final season, his successors, the pass to Santonio, three playoff wins in 11 seasons and so much more. https://t.co/VuYhyFHNt4 via @PittsburghPG

I congratulated him and told him he doesn’t need to be me. People are going to want to compare us. Even though there was a lot of distance between Terry [Bradshaw] and me, people still compared us. That’s why I told [Pickett], ‘You don’t have to be me. Don’t be me, as a matter of fact. Go be you. Be the best version of yourself and go out there and have fun and play.’

They’ll get that in Pickett, who averaged just over 8 rushing attempts per game over the course of his college career with the Pitt Panthers.

Pickett also likely won’t be asked to take over the team as quickly as Roethlisberger did as the Steelers signed Mitch Trubisky to be their starter in 2022. However, after next season, the pressure will be on Pickett to be Roethlisberger’s long-term replacement.