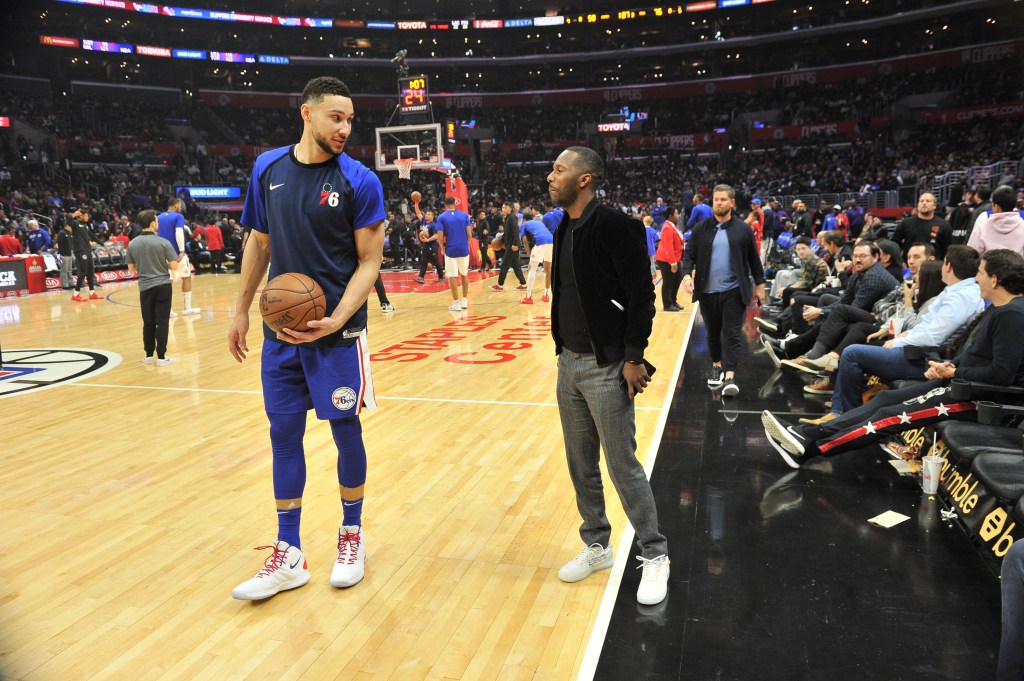 The saga between the Philadelphia 76ers and Ben Simmons seems to twist and turn every day. It wasn’t that long ago that everyone believed Ben Simmons was done in Philly.

It was just few weeks ago that Ben was apparently giving the team an ultimatum, refusing to meet with Joel Embiid and other 76ers teammates, and selling his $3.1 million bachelor pad in Philly. Then Ben Simmons finally showed up to practice and got kicked out for not being an active participant.

As recently as October 21st, the Philadelphia 76ers were ‘reportedly furious’ with Ben Simmons and believed he was ‘faking injury and mental illness.’

And now for the next chapter. Shams Charania of The Athletic spoke with superagent Rich Paul (agent of Ben Simmons and LeBron James) and Paul is adamant the team needs to 100% support Ben’s mental health and take this very seriously. These comments came after Ben Simmons met on Monday with a mental health specialist working on behalf of the 76ers:

He’s not there yet. How can a doctor, who has only met with Ben once, say, ‘Ben is mentally ready to play?’ So do we keep digging on him, or help him? Now that we understand that reluctance from Ben, it all makes sense. There was a shying away from it. If Ben has repeatedly shown behavior that entails he isn’t mentally ready to play, embrace him. Support him. We have to remove our ego from it. We all have to take responsibility.”

“This is no longer about a trade. This is about finding a place where we can help Ben get back to his mental strength and get back on the floor. I want him on the floor playing the game that he loves. I want Ben on the floor whether that’s in a 76ers uniform or any other uniform. That’s not up to me, but I want him in a state where he can resume play. We want to cooperate and want to work him back on the floor.” (via The Athletic)

A representative from the Philadelphia 76ers responded to Shams Charania’s report in The Athletic and said ‘it is “absolutely not” the case that they are forcing his return or accusing him of lying.’

Rich Paul: “I truly believe the fines, the targeting, the negative publicity shined on the issue — that’s very unnecessary and has furthered the mental health issues for Ben. Either you help Ben, or come out and say he’s lying. Which one is it?”

This really has turned into a ‘who do you believe????’ situation with both sides saying opposite things and throwing around accusations while everyone involved appears to be (and rightfully so) acting in their own self-interests. It’s sad, but that’s where we’re at.

On Twitter, it certainly seems like most 76ers fans think Simmons is lying which could mean they are also the same people not respecting his mental health if the situations’ as Ben and Rich Paul say it is.

Rich Paul : “ please stop with the fines on Ben Simmons cause u think he’s lying about his mental health”

Ben Simmons is lying, there I said what the Sixers won’t say! The only way that Ben ups his trade stock is to play so that prospective teams interested know that he’s mentally strong. Rich Paul is just a bad agent. 😩😩😩

I mean… Simmons IS lying. Not like it’s some kind of secret that he just wants to be paid while he sits out and will be magically “better” the moment he’s traded. He’s a textbook narcissist – nobody but delusional lemmings is fooled, don’t keep making this deeper than it is. https://t.co/1Sh2VUWcA1

A very valid point here. The team still has an obligation to Ben Simmons.

Whether or not WE believe Ben Simmons is lying about his struggles, you can’t be an NBA franchise and constantly deny a player telling you they have problems. Especially after you spent so much time ignoring the red flags beforehand. That’s just negligent.

Regardless of which side you choose to believe, it doesn’t seem like Ben Simmons is going to suit up and be playing at 100% anytime soon. And for that exact reason, I fully expect him to be playing by next week just to confuse everyone even further.