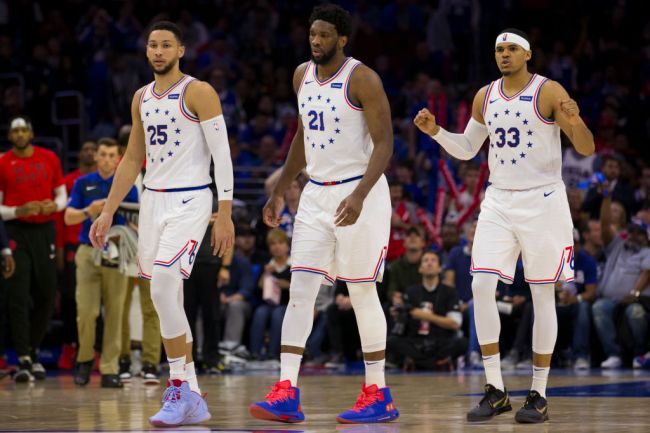 Ben Simmons wants out of Philly and isn’t interested in people trying to talk him out of his decision.

On Saturday, NBA insider Shams Charania reported that Simmons refused to meet with Joel Embiid and other Sixers players who wanted to talk to him about returning to the team next season.

Sources: Philadelphia 76ers players wanted to take a jet to Los Angeles this week to meet with Ben Simmons, but were informed not to come and that the three-time All-Star did not want to meet.

Philadelphia 76ers players wanted to travel to Los Angeles this week to meet with Ben Simmons and spend time convincing their All-Star teammate to commit to the 2021-22 season with them, but they were informed not to come and that Simmons did not want to meet, sources tell The Athletic.

The core leaders on the 76ers — such as Joel Embiid, Tobias Harris and Matisse Thybulle — and most of the team were set to take a jet to see Simmons before being turned away, sources said. Multiple sources said Simmons didn’t want his teammates, some of whom he considers friends, to make the Philadelphia-to-Los Angeles commute out of courtesy because he won’t change his mind on wanting a trade.

The 76ers’ training camp begins this upcoming week, with Media Day on Monday.

According to Charania, Simmons has “mentally checked out” as a Sixers player.

Simmons has mentally checked out as a member of the 76ers, sources said, meaning whether or not he ever appears in Philadelphia this season the organization may never again receive the same dedicated player.

Sixers fans didn’t respond well to the latest news regarding Simmons refusal to meet with his teammates.

@BenSimmons25 you are the biggest coward I’ve ever seen in sports. Keep ya dumb, scared ass away from the Sixers . https://t.co/D2yZUj0dHd

Again, the talent is there, but I want nothing to do with this guy. His attitude stinks, and his shortcomings as a basketball player are so glaring that he’s not even worth the fuss at this point. https://t.co/xmdO0r7Hpz

you’re not that guy pal. so sad that so many people work their ass off to get to the nba and there are clowns like this “choosing” not to practice when that’s the most important thing this entitled fuck needs🤷‍♂️🤷‍♂️🤷‍♂️ https://t.co/9k7QL6QwXp

Why is Ben Simmons acting like he’s so great? They’re in this situation cause he’s sucked. https://t.co/kL2fujyWTY

This is such a bad look for Simmons. At least have the decency to talk to your teammates. https://t.co/tS0qFYTuwL