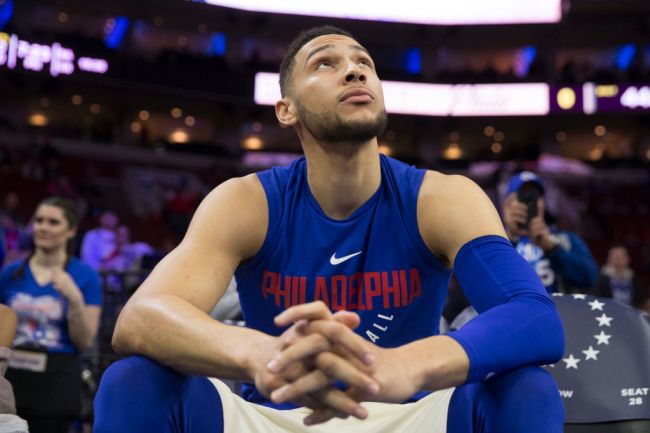 Everybody and their mother knows that Ben Simmons is sick and tired of the Philadelphia 76ers organization. It is not a secret that the relationship between the 25-year-old and his team is in a state of disrepair.

However, a new report from Kendrick Perkins (so take it with a grain of salt) brought a new detail to the table.

Apparently, Simmons is so disgruntled and ready to move on that he would be willing not to play in 2021/22. Let’s break down what he said:

Perk is saying that Simmons, who is to be owed more than $33 million next year, does not have plans to show up when teams open training camp around Sept. 28. And if he is not traded by the start of the regular season, which begins 21 days later on Oct. 19, he will not suit up for the season opener and beyond.

Establishing the timeline to be traded.

Here’s the thing— this shouldn’t come as a huge surprise.

Simmons was insulted by the way that his team treated him after a poor showing in the playoffs. The team has announced its intentions to trade their Aussie point guard and have been frustrated by low-ball offers from other teams.

Meanwhile, Simmons has been getting some R&R with his girlfriend Maya Jama, completely unbothered.

For the No. 1 overall pick in the 2016 NBA Draft to be traded is virtually a given, but Perk’s report changes things. There is now a timeline for which the Sixers have to deal Simmons. If he does not have a new team by the start of the season, Philadelphia will be playing a man down without one of their top guys or the assets that the franchise could receive in return.

In addition to the gap in their lineup, the 76ers would lose all leverage in trading their guy. Teams know that Simmons wants out. Hence, the lowball offers.

But for Simmons to establish that he will not play until he is traded completely deflates a large portion of his value. It ties the hands of Philadelphia’s front office and forces them to ship him off sooner than later.