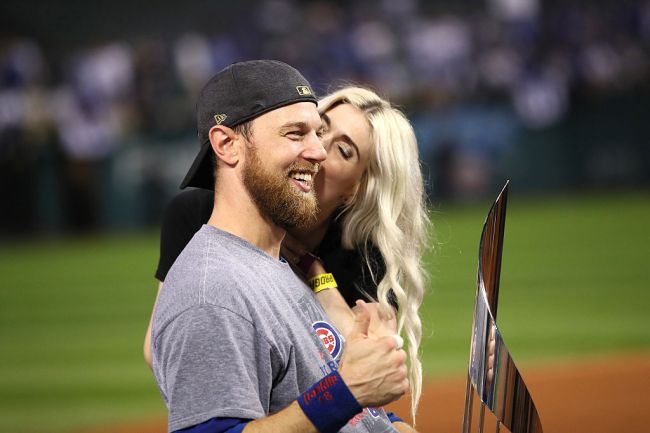 Former MLB outfielder Ben Zobrist has dropped a lawsuit against his former pastor and nobody knows why. The 40-year-old was seeking $6 million in damages from Byron Yawn, alleging that Yawn defrauded his charity and slept with his estranged wife Julianna.

The Chicago Tribune was first to report Ben’s decision to drop the lawsuit but no information was given as to the reason. He is free to refile the lawsuit at a later date, should he chose to do so, but the timing has left Yawn’s legal team baffled.

“It’s a step in the right direction,” Yawn’s attorney, Christopher Bellamy, told the Tribune. “I’m suspicious for their reasons but I’m optimistic that he’ll continue to do the right things.”

Ben’s allegations against Yawn and his soon-to-be ex-wife are brutal. They’re really cold-blooded.

The couple is currently engaged in a divorce trial that dates back to 2019. Julianna threw a $30,000 retirement party for Yawn in December of 2019 and, per court documents, was dancing on Yawn in a “provocative way that was very embarrassing to Ben.”

This came amidst a bigger issue. Ben had been confiding in his pastor, Yawn, about his struggles with anxiety and depression throughout his career.

Meanwhile, Yawn was allegedly defrauding Ben’s charity and sleeping with his wife. The details are truly crazy.

As Yawn was having an affair with Julianna, he was counseling Ben through marital troubles. He even suggested that Ben take time away from baseball to work on his marriage…

…while causing the marital issues.

The leave of absence that Ben took from the game cost him $7.5 million of his $12 million salary. Things get even more specific and the entire set of allegations is so awful that it has to be true, but it’s hard to believe.

Check them out here and here. Yawn and Julianna were using burner phones to go behind Ben’s back and Julianna coaxed Ben to continue playing baseball despite his anxiety and depression because of the money.

For Ben to drop the suit is quite the shock, even for Yawn’s lawyers. It will be curious to see what Ben and his legal counsel have in store, if anything.

All of the homies hate Julianna Zobrist— allegedly.