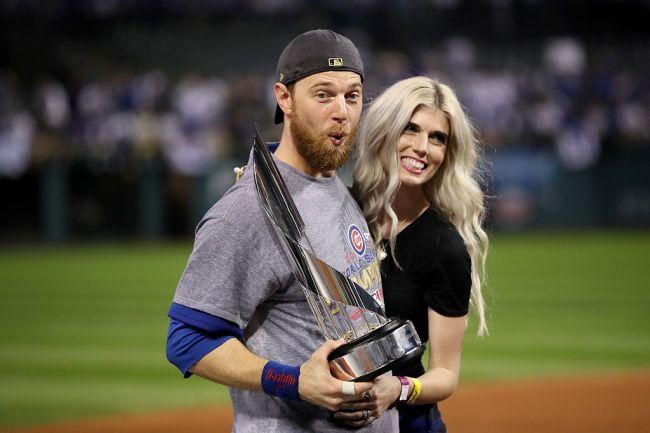 The weeklong divorce trial between two-time World Series champ Ben Zobrist and his estranged wife Julianna will begin in two weeks, but if the pretrial documents are any indication, it’s going to get very ugly.

In his brief, the 40-year-old Zobrist accuses Julianna, who is seeking an even split on marital assets, of a litany of unforgivable offenses after it was revealed that she began having an affair with the couple’s former pastor and marriage counselor, Byron Yawn.

Ex-Cubs star Ben Zobrist has accused his wife of having an affair with their Tennessee pastor who had given the couple marriage counseling, according to a lawsuit. The 40-year-old alleged in a lawsuit filed last month that his wife Julianna had a year-long affair with Bryon Yawn pic.twitter.com/tYQFumv5qm

Some of the most egregious allegations include, but are certainly not limited to, the following:

“In 2019, he had a contract with the Chicago Cubs for ($12 million), but since he only played for 2 months, his salary was prorated and he only earned ($4.5 million) of the ($12 million) he could have earned,” according to the memorandum filed July 14.

Meanwhile, “Mrs. Zobrist … coaxed her husband into returning to the Chicago Cubs in the late summer and fall of 2019, during which he earned another $4 million.”

The Cubs activated Ben Zobrist from the restricted list Sept. 1, and he played the final 21 games of the season. [via Pantagraph]

“The one-night party cost almost $30,000 and was conducted at the Zobrist farm,” according to the filing. “Mrs. Zobrist paid for the party out of the ‘farm account’ that her husband typically did not review, apparently to keep the cost of the party unknown to him. … Mrs. Zobrist and Pastor Yawn both became intoxicated and are dancing ‘on’ each other in a provocative way that was very embarrassing to Ben Zobrist, especially in front of their close church friends.

“Wife took umbrage at her husband’s rebuking her privately after the party for acting in this manner in public. However, unknown to husband, wife was already ‘in love’ with Pastor Yawn.”

Julianna Zobrist is seeking primary custody of the children and child support, while Ben is fighting for a 50-50 parental plan. He reportedly has no desire to coparent “due to his anger towards her,” Julianna said in her filing.

Can’t imagine where that anger’s coming from.