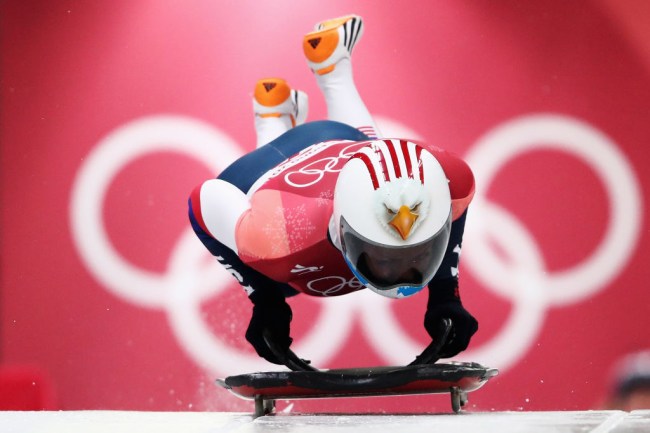 When I was in kindergarten, I sledded down a hill headfirst and split my face open when I hit a tree, essentially ending any interest I might have had in pursuing a career in the sport of skeleton. While I don’t personally see the appeal of rocketing down an ice slide at 80 MPH, there are apparently plenty of people out there who have decided to devote their life to doing exactly that.

During last night’s primetime coverage of the 2018 Winter Games, viewers watched South Korea’s Yun Sungbin take home the gold medal in the men’s final. However, the real highlight of the night was the helmets donned by athletes before making their way down the track.

Here are some of the best ones we’ve seen at the games so far ranked from worst to first. 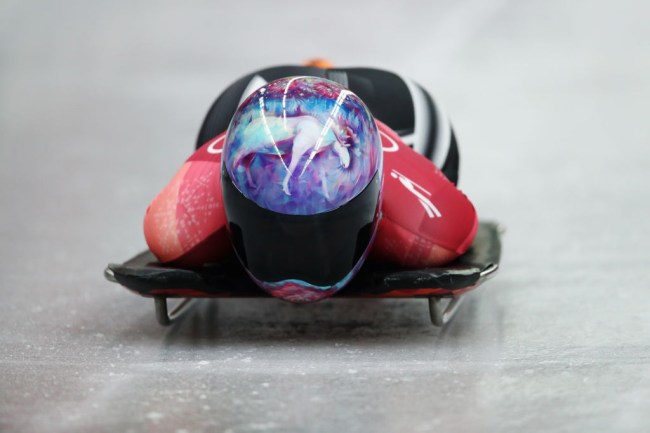 This looks like something that should be on the side of a sketchy-looking panel van in a Walmart parking lot instead of an Olympic helmet. 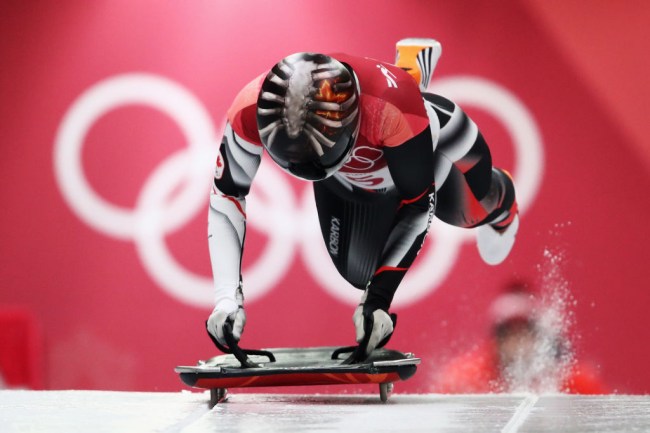 Pictured: what happens when you want to have a facehugger from Alien on your helmet but don’t want to get sued for copyright infringement.

To paraphrase Meryl Streep in The Devil Wears Prada: An eagle? On an American? Groundbreaking. 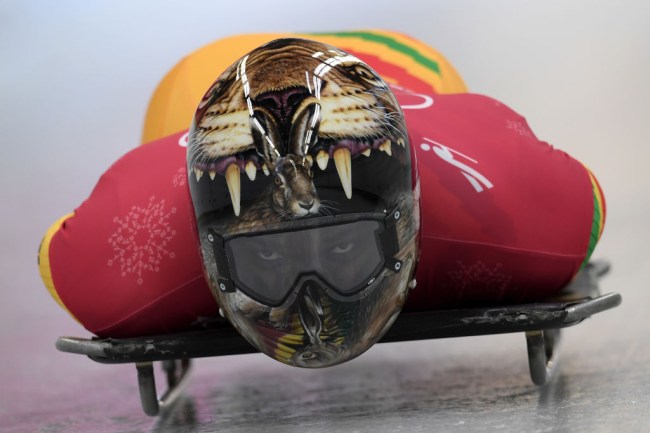 Based on the two minutes of research I did, it would appear there aren’t actually any tigers in Ghana, but whatever. It’s still dope. 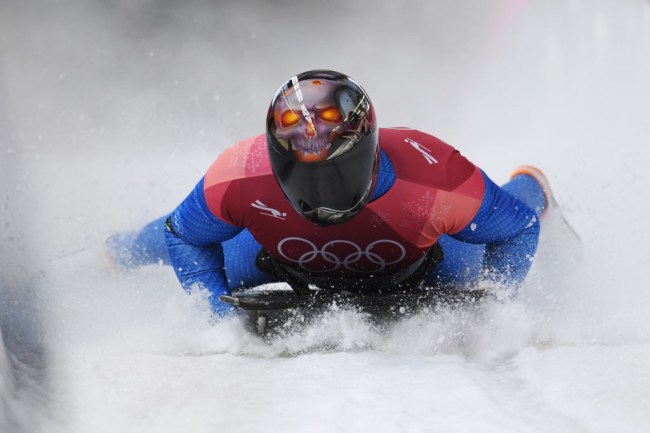 I’m telling myself this is a tribute to Nicolas Cage in Ghost Rider and no one else can tell me otherwise. 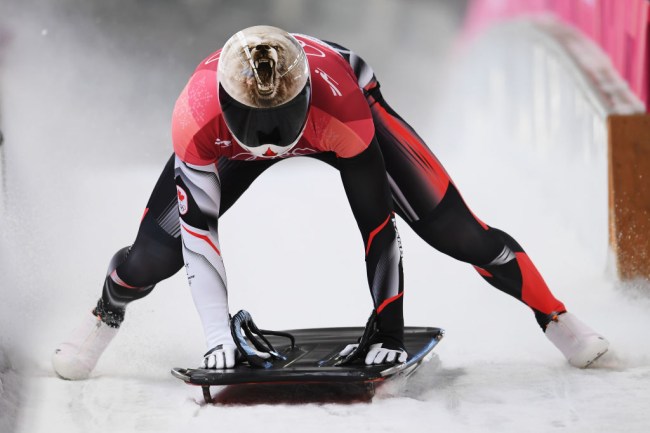 A bunch of Canadians had a bear on their helmet, but this one looks the most like Cocaine Bear so it edges the rest of them out. 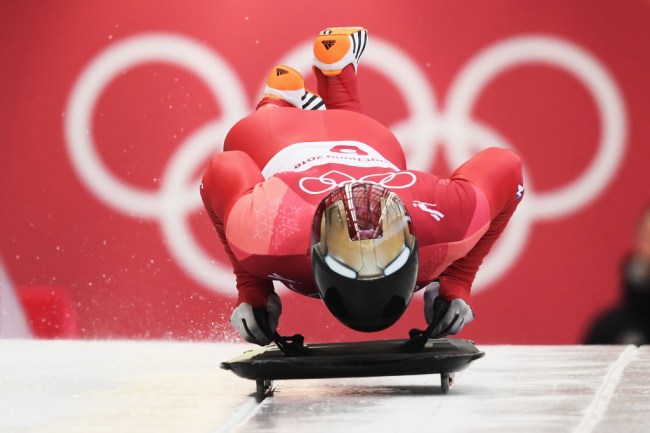 The gold medal winner also takes the prize for the best helmet at the Olympics so far with his tribute to Iron Man.