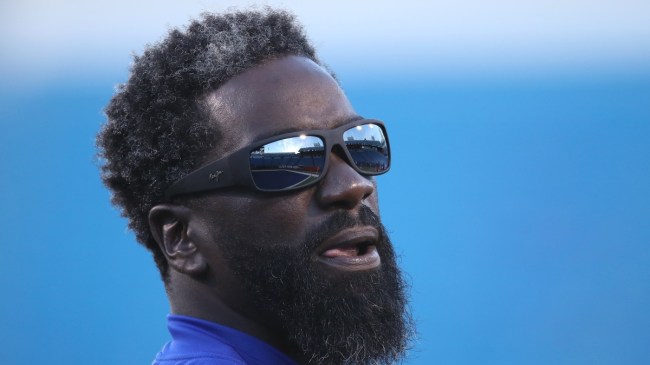 Recently, Bethune-Cookman decided not to hire Ed Reed after he shared a video complaining about the conditions of the campus.

He eventually released an apology for the video. However, it wasn’t enough as the school chose to move on from him.

Now, the players at Bethune-Cookman are making their voices heard, as they want Reed to coach the team, per Sports Illustrated. “A handful of Bethune-Cookman football players have started a petition to reinstate Ed Reed as the program’s head coach after the former NFL star announced Saturday that the school had decided not to ratify his contract.”

Running back Branden McDonald shared a picture of the petition where you can see he’s collected 20 signatures so far. The Wildcats seem mightily interested in having Ed Reed coach the program. So perhaps this petition could change the mind of those in charge of the head coach hiring process.

This is a cool move to see from the Bethune-Cookman players. The program hasn’t been successful over the years and there’s a chance Ed Reed could really turn things around. He could have a similar effect Deion Sanders had with Jackson State before leaving for the Colorado Buffaloes job.

We’ll see how this plays out though. Ed Reed blasted the school after it decided to cut ties with him. So there’s a chance the bridge is already burned.

Even so, having a guy like Reed lead your football team wouldn’t be a bad thing. Especially considering how much more publicity the school could receive in the long run.