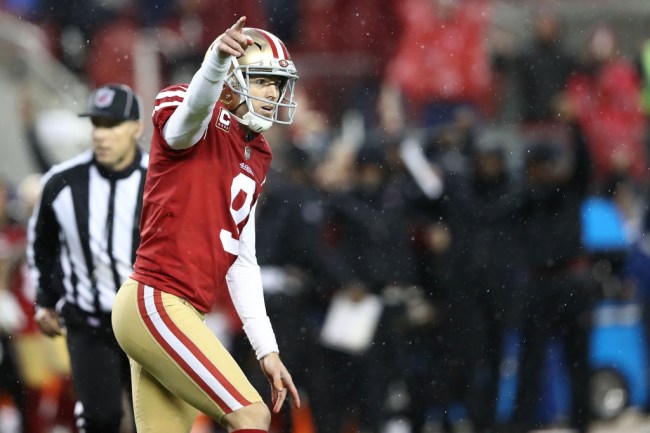 Kicker Robbie Gould’s 36-yard field goal in the waning minutes of overtime secured one of the most improbable wins of the NFL season. The dismal San Francisco 49ers ended their 10-game losing streak against the Seahawks spanning over five years just two weeks after Seattle dismantled the 49ers 43-16 in Seattle. The Niners beat Seattle, 26-23, with 26 being the most the team has scored against the Seahawks since Sept. 11, 2011 in Jim Harbaugh’s debut.

One bettor was so confident the Seahawks would continue their dominance over the Niners that he placed a $500,000 moneyline bet on Seattle. According to Forbes, odds at the MGM had closed with Seattle as a -250 favorite over the +210 San Francisco, with a $500,000 gamble paying out $200,000.

The 49ers' 26-23 upset win over the Seahawks produced @MGMRaceSports' largest win on a single NFL game this season.

The 4-10 Niners have won two in a row for the first time since last December’s 5-0 finish with Jimmy G.

Life comes at ya fast in the betting world.