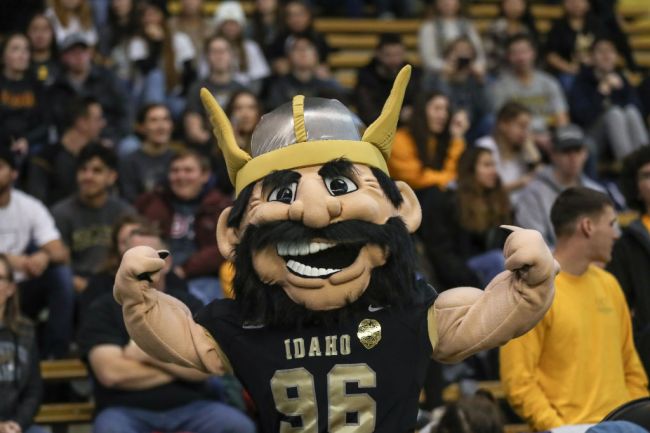 The landscape of college football continues to change drastically with each passing day. Now, even the Big Sky Conference wants to get in on the action and shake things up.

The Big Sky competes on the Division-I level, but its football programs compete in the FCS. It consists of 11 full-time members:

Commissioner Tom Wistrcill was in Chicago on Tuesday and swung by the Big 10 offices to make his pitch. What if the Big Sky and Big 10 merged into a 21-team super conference?

Although the proposal is something that would never happen, and Wistrcill is clearly joking, it’s pretty great.

Credit to Wistrcill here. Not only did his quick stop make for a funny video, but you can’t hear no without asking. He took the time to (jokingly) take his shot and, though it will be unsuccessful, the publicity will make for a little boost in popularity and notoriety for the Big Sky.

Heck, we’re talking about the him and the conference right now, aren’t we?

Fortunately, we will not be subjected to such a merger. Can you imagine the absolute slaughter that would be Ohio State vs. Idaho?!

With that being said, Weber State, Eastern Washington and Southern Utah are historically sneaky. Forcing the midwest teams to get out west into uncharted waters might be fun.

It would be entertaining until the original Big 10 teams set the record straight, that is. Oh well, we and Wistrcill can dream.