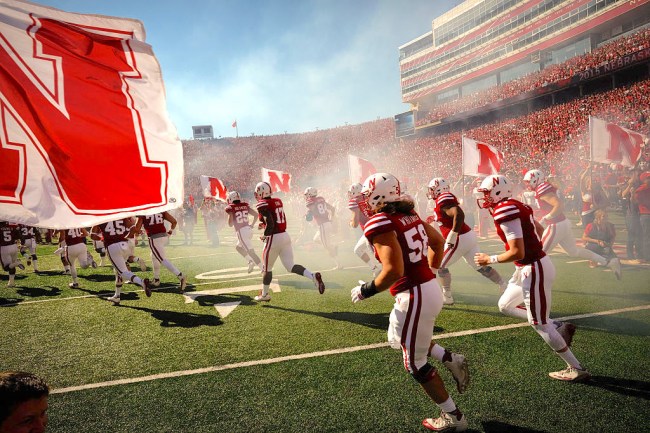 Prior to the Big Ten officially canceling its college football season this fall, initial reports suggested that 12 of 14 schools in the conference voted in favor of canceling the season. The two schools that voted against that proposal were reportedly Nebraska and Iowa.

As these reports broke over the weekend, head coach Scott Frost held a press conference on Monday explaining that Nebraska wants to play football this fall “no matter who it is or where it is.”

"Our University is committed to playing no matter what, no matter what that looks like and how that looks. We want to play no matter who it is or where it is."#Huskers HC Scott Frost on opponents for 2020. pic.twitter.com/kTPN9znv0v

Michigan head coach Jim Harbaugh penned a statement laying out reasons why college football should be played this fall while Ohio State coaches and players were tweeting that they wanted to pursue joining the SEC in order to play football this fall.

Programs openly saying that they would explore any and all options to play football this fall, including leaving the Big Ten altogether, is a less than ideal situation for the conference and commissioner Kevin Warren, to say the least.

As these reports and rumors continue to swirl, Pete Thamel of Yahoo Sports asked Warren if the Cornhuskers could go and play elsewhere if they wanted to. Warren’s answer was simple: “No, not and be a member of the Big Ten Conference.”

Warren and the Big Ten have taken plenty of scrutiny over the last 48 hours and counting becoming the first Power 5 conference to cancel college football and many other fall sports. Don’t expect to see that scrutiny slow down anytime soon with the SEC, Big 12, and ACC still undecided and optimistic about playing football this fall.

It still feels like something catastrophic could happen in regards to the Big Ten and the entire conference setup we’re accustomed to in the college football world.

This situation is far from over for the Big Ten, specifically the possibility of it losing football programs to another conference if one single Power 5 conference goes forward with a season.