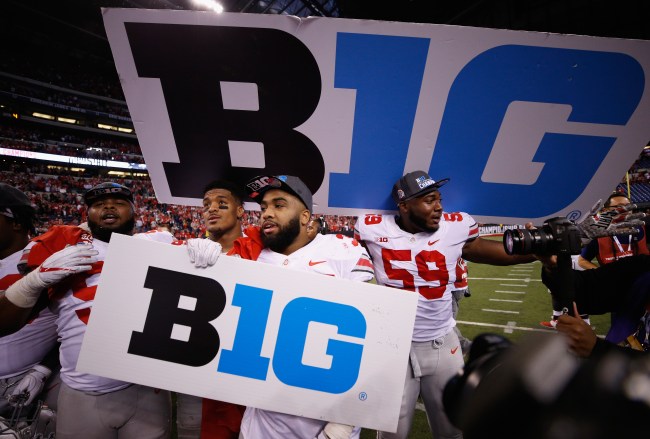 The Big Ten officially announced the cancelation of the college football season and other fall sports on August 11. Since then, players, coaches, and parents of student-athletes have been protesting the decision and looking for answers as to why the conference elected to cancel the season.

Now, just 17 days after the Big Ten officially canceled the season new reports suggest that the conference is backtracking and is discussing the possibility of starting football season on Thanksgiving week.

This latest report, via USA Today, comes just a day after it was made public that eight Nebraska football players filed a lawsuit against the conference seeking reversals of its decision to postpone the fall sports season. Coaches around the league continue to work on a revised schedule and the lawsuit has pushed things to a new level creating a conversation about starting the season during the holiday.

According to two college football people familiar with the Big Ten, those talks have generated a new option, starting a Big Ten season of at least eight games the week of Thanksgiving.

Another report that has been circulating as of late suggests that conference officials were working on a plan to play an eight-game season beginning in January with games being held in indoor facilities. Now, it’s clear that the timeline has been pushed up a bit.

Parents of Big Ten football players are expected to protest the cancelation of the season on Ohio State’s campus on Friday while over 100 parents of Iowa football players have sent a letter to the conference as well.

SOURCE: Big Ten coaches are meeting on a call right now. Am told "it's a real possibility" that the Big Ten may try to reverse course and play later this fall. https://t.co/lbZJePwUbG

The USA Today report also points that with the U.S. FDA granting emergency approval of rapid antigen tests that are expected to deliver test results in just 15 minutes, that too could be a huge factor in the Big Ten ultimately changing course and playing football this fall.

The SEC, Big 12, and ACC continue to move forward with their scheduled football seasons this fall.