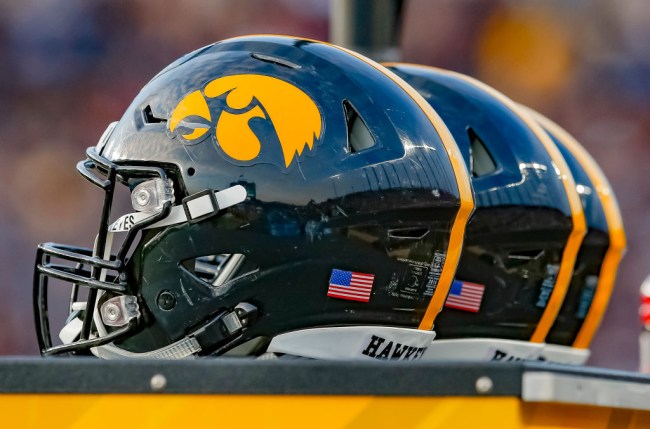 Prior to the official announcement, it was reported that 12 of the 14 schools in the Big Ten voted in favor of canceling the season and the two schools that voted against it were Nebraska and Iowa.

The parents, 181 in fact, of Iowa football players have now penned a letter to the Big Ten commissioner asking for answers as to why the decision was made to cancel the season.

The Gazette obtained a copy of the letter, which not only asks questions but explains that these student-athletes understand the risk of playing not only during this pandemic but during ‘normal’ circumstances as well:

In a statement issued by the league on August 11, the blame was placed on the Big Ten Task Force for Emerging Infectious Disease and the Big Ten Sports Medicine Committee citing ongoing health and safety concerns related to the COVID-19 pandemic. Morton Schapiro, Chair of Big Ten Council of Presidents and Chancellors stated “Our primary responsibility is to make the best possible decisions in the interest of our students, faculty and staff.”

Football players, as well as all athletes of all contact sports, are well aware of the risk involved. They are educated on those risks and accept the consequences of those risks when they step on the field. Risks such as paralysis, infectious disease, cardiovascular and respiratory issues are listed by the CDC. Further risk include concussions that lead to depression, anxiety, aggression, personalty changes, increased risk of Alzheimer’s, Parkinson’s, CTE and other brain disorders. Yet the individuals accepting those risks — our sons — were never consulted, heard from, or even considered in the Big Ten’s decision to cancel the season. No medical findings or opinions of experts have ever been shared.

The SEC, ACC, and Big 12 have yet to make an official statement regarding the fate of fall sports and the upcoming football season.