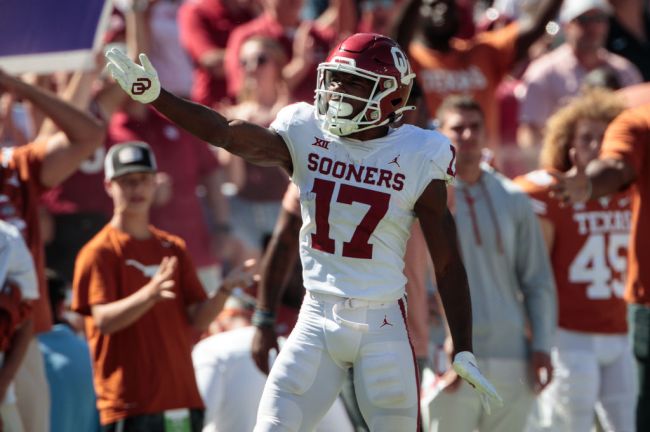 Big 12 commissioner Bob Bowlsby sounds like a very salty ex-boyfriend who can’t believe that the love of his life would leave him for someone better and wants to make his case to get back together. He is absolutely baffled by Texas and Oklahoma’s decision to move to the Southeastern Conference and is really shaken up over the whole thing.

To make matters worse, he’s being left on read.

In a recent conversation with CBS Sports, Bowlsby called the move “silly” and presented his reasons for why they shouldn’t break up.

“Their chances [to advance to the College Football Playoff] are better coming through the Big 12,” he said. “That’s a silly part of it. It’s not very much money [difference], and competitively, they’ve got a better path [in the Big 12]. It makes no sense.”

Bowlsby also hinted that competing in the SEC could present competitive issues. He says that conversations about Texas and Oklahoma being more successful in their new conference haven’t been had since they joined.

He sounds like an ex-lover trying to present all of the reasons that leaving him for the person he was cheated on with is bad — even though it’s lost on deaf ears who has already moved on.

“Maybe it’s a story that needs to be written,” Bowlsby said. “If it’s not about the money and it’s not and not about competitiveness, what’s it about? I haven’t gotten any answers about that.”

To make things even worse, he’s talked about how Texas and Oklahoma are leaving but never presented any problems prior to leaving and now won’t tell him why they are leaving. Figuratively speaking, his girlfriend is walking out the door and he is begging her to give him reasons why— despite all of the red flags that he missed before.

And now he’s being left on read.

In an interview with the Austin American-Statesmen, Bowlsby said that neither school will give him a reason for the breakup.

“I’ve asked repeatedly [why they’re leaving], and they never made us aware of any concerns in advance,” Bowlsby said. “When we’ve asked the question since then, we’ve gotten no response.”

He also used some very harsh words. (I say that facetiously, because they don’t care.)

Bowlsby said that Sooners and Longhorns are “personally betraying” him and that “trust is at a relative low” between the two schools and the Big 12 conference.

The SEC accepted Texas and Oklahoma into the conference back in July. However, they likely won’t be able to leave the Big 12 for a few more years.

In the meantime, Bowlsby is about as salty as can be. It’s a bad look.