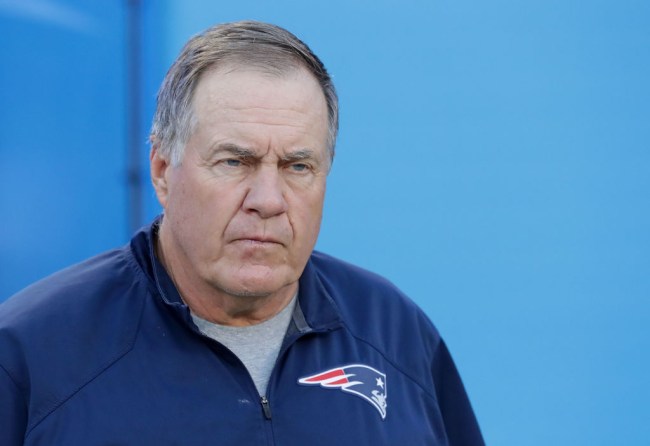 Nine out of 10 doctors agree that Bill Belichick is missing the amygdala, the part of the brain responsible for emotion and processing emotional reactions. The only doctor who didn’t agree was TB12’s “quack doctor” Alex Guerrero, who has seen Belichick demonstrate the emotion of anger, resentment, and disdain time and time again.

Throughout his 17-year head coaching tenure with the Patriots, the coaching guru has uttered a total of 239 words in his interviews, not including scoffs, grunts, and mumbles. His stoicism and down-to-business attitude likely contributes to his unparalleled success. He doesn’t care if you single-handedly won him a Super Bowl by intercepting a pass at the goal line, he will bench you in future Super Bowls without explanation.

He is, by many metrics, a robot.

In an effort to humanize a non-human, of CNBC’s Suzy Welch spent one hour with Belichick, his girlfriend Linda Holliday, and their Alaskan Klee Kai named Nike (the ancient goddess of victory). Check out the video below, you can tell Belichick loves his pooch but doesn’t want to compromise his title as Sith Lord.

Belichick’s girlfriend is a bit more open about her affection for the doggo.

Bill is on the cusp of leaving Nike for a six month season in which he spends most at Gillette Stadium on a cot in his office. Oh to be a fly on the wall for that goodbye.