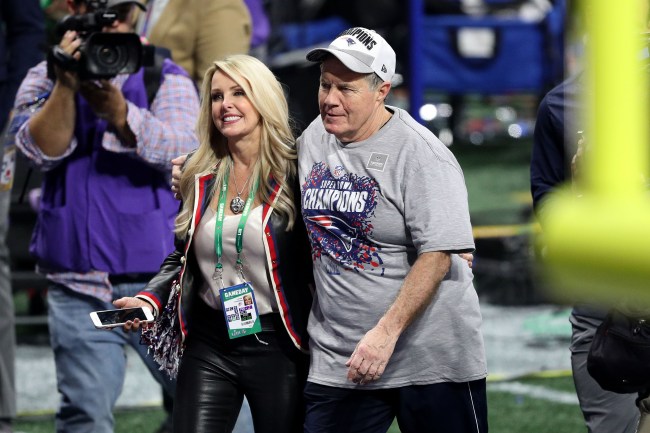 Bill Belichick’s longtime girlfriend Linda Holliday is taking a break from social media after dealing with an influx of trolls harassing her over Tom Brady.

Earlier this week a fan tried to troll Holliday on Instagram by saying Belichick shouldn’t have let Brady go under her most recent post. Holliday then immediately fired back at the fan by stating that Brady didn’t score once and the Bucs defense deserved the credit for their playoff win against the Saints on Sunday.

Bill Belichick's long-time girlfriend Linda Holliday made this comment on IG when a fan correctly said Belichick drove @TomBrady away.

She's also wrong, Brady had 3 TDs, 0 INTs vs #Saints and had nearly 400 yards vs #WFT a week prior pic.twitter.com/X8HtfOjbnO

On Wednesday, Holliday said she was putting her Instagram on private because of the harassment and verbal abuse she’s had to deal with recently from trolls on social media. 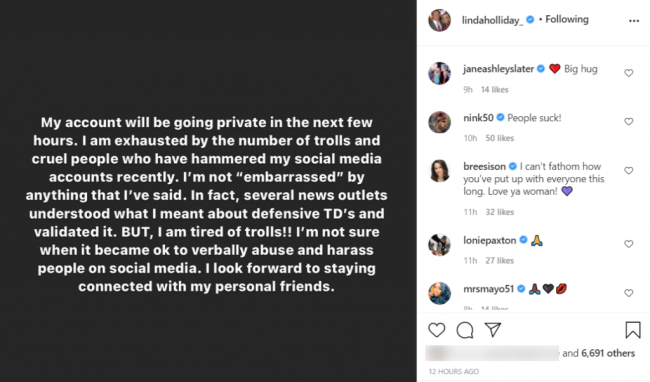 There appears to be a rising trend of fans going out of their way to troll the spouses/significant others of players on social media which is pretty sad considering they have nothing to do with the decisions/plays being made on the field.