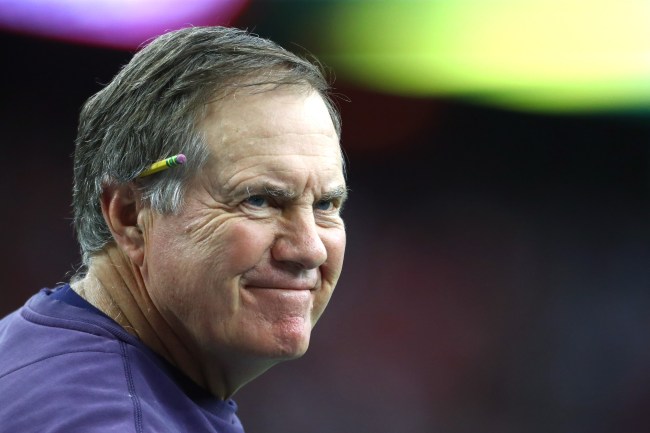 I’ll never forget back in 2008 when then-Dolphins coach Tony Sparano (RIP) unleashed the Wildcat on an unprepared Bill Belichick and secured an unlikely win.

Sith Lord does not forget.

Before their 2009 meeting, an NFL Network’s special on Belichick called, “A Coach’s Life” showed the Patriots coach playing a video of Sparano delivering a post-win talk to his Dolphins telling them enthusiastically, like he almost believed it, “the division still goes through us!”

After Belichick played the clip to his team for bulletin board purposes, his signature dead-eyed, droning expression was sprinkled with a tinge of sarcasm when he said, “The division still goes through Miami.”  Needless to say, the Patriots won the next meeting against the two teams and have mushroom-stamped Miami for the next 10 years.

Moral of the story: do everything in your power not to give Bill Belichick any more reason to murder you and bang your corpse.

Flash forward 10 years, and Browns receiver Jarvis Landry has officially flown too close to the sun.

As the Browns prepare to head to New England to attempt to dethrone the undefeated Patriots, Landry seemingly guaranteed victory when he was speaking to reporters.

Landry then backtracked the comments by clarifying that he meant “We’re going there to win,” but the damage is done. Belichick already made up his mind. His wizardry is already in motion.

I asked a Patriots player if he’s seen Landry’s comments. His reply, “No, but Bill mentioned it to us.” https://t.co/J8SUyVvpET

Landry was asked about Belichick’s 37-3 record against first- and second-year quarterbacks in New England. Landry poked the bear again.

I’m betting my wife’s wedding ring that the Pats will cover Sunday.

So, ahead of Sunday’s matchup against the Patriots, Jarvis Landry said: