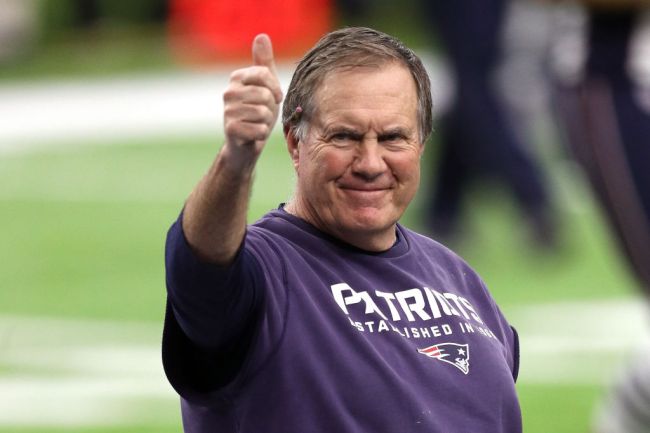 The New York Jets are the worst team in the NFL, and it’s not close. Not only are the lone winless team in the league, but this is also a squad that has scored a whopping 19 points over its last three games combined and less than 100 points the entire season. Somehow, though, Adam Gase is still employed as the team’s head coach.

Next up for the Jets is a visit from the Patriots on Monday night, which, I can’t believe this is a factual statement, could actually be a close game given the fact that New England is just 2-5 on the year and is really struggling.

Bill Belichick, the king of coach speak, offered up his thoughts about the Jets on Monday, and while it was a short statement, maybe even a bit tongue in cheek, it perfectly summed up just how bad the Jets franchise has been recently.

Bill Belichick on the 0-8 Jets:

"They’re a lot better than they were last year." #TakeFlight

He didn’t just say the Jets were better than they were last year, he said that they were A LOT better. The Jets were 0-2 prior to their first matchup with New England a season ago in which the Pats won that game 30-14. The two teams met up again four weeks later and New England shut out the Jets 33-0 in that one.

Belichick is very clearly seeing something that literally no other football fan on the planet is seeing if he truly does believe this Jets team is better than last year’s team, but hey, he’s the coaching GOAT, whatever he says goes.

Gase actually did find a bit of success against the Pats back when he was the Dolphins’ head coach beating him two times in three seasons, but it’s tough to see this Jets team truly compete with the Pats on Monday night even with New England’s current struggles.