Adam Gase Says Sam Darnold And The 0-7 Jets Need To ‘Stay The Course, Show The Right Way’ In Order To Get Better 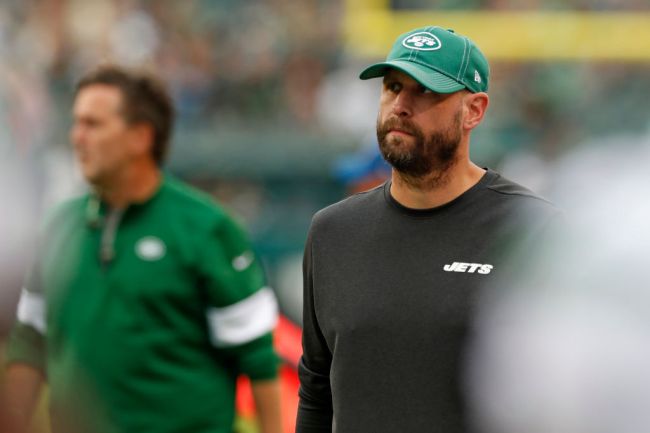 The Jets are 0-7 and it would surprise absolutely no one to see them become the first team since the 2017 Browns to finish a season without a win. The chances we see both Adam Gase and Sam Darnold in New York next season are almost non-existent, specifically when it comes to Gase who could be fired at any point given how horrid the Jets have been.

If Gase gets fired, this leaves the door open for New York to completely blow things up and start a new era with a new quarterback, maybe even Trevor Lawrence if the Jets secure the first-overall pick in the NFL Draft.

Gase, Darnold, and the rest of the organization aren’t deaf or blind, they hear and see all this chatter about Gase being fired and the Jets starting fresh with Lawrence under center. There’s no denying that despite the team being a complete disaster, it’s a tough situation for the organization and Gase has an extremely tough job on his hands given the adversity this team is facing.

Gase was asked about said adversity facing his team and specifically about his message to Darnold during this dumpster fire of a season. While the head coach pointed out the fact that Darnold is still only 23-years-old, he offered some generic messaging, which isn’t the type of talk any Jets fan wants to hear while the team is the laughing stock of the NFL.

“I just keep thinking he’s 23. None of this can be easy,” Gase told reporters on Monday, according to Newsday. “My thing to him was we got to stay the course, we got to keep finding ways to get better, we have to do a really good job of being great leaders and showing guys the right way to do things, and keeping our focus.

Him and myself getting frustrated and angry to the point where it’s unproductive is not going to work. We have to do things right. We have to show the right way. We have to act a certain way where we can bring guys along with us and find a way to turn the corner.”

It sounds like excuses from Gase and in terms of ‘showing the right way’, who is to say that he’s the man fit to show this team what the right way is.