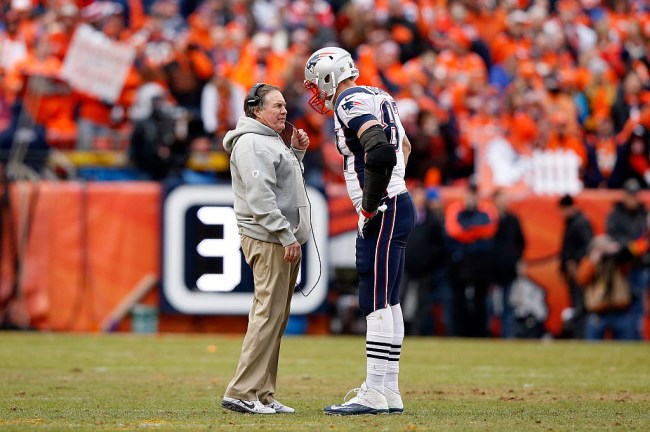 We’re beginning to get a clearer picture of the rift between Bill Belichick and Rob Gronkowski and it’s not pretty.

Last season, the star Patriots tight end trained with Tom Brady’s “guru” Alex Guerrero and was a big fan of his results under Guerrero’s TB12 program.

Gronkowski believes in the program. He pretty much bragged all last season about how great he felt. The advantage of pliability for Gronk, in theory at least, is better rotation in his hips — allowing him to run better — and better mobility. A body that’s more pliable also allows Gronkowski to boast a better catch radius, and using resistance bands for strength develops functional force.

Unfortunately Pats coach Bill Belichick hates Guerrero and openly mocked Gronk in front of his teammates for participating in the TB12 system.

Except Guerrero and his treatment of Patriots players beyond Brady is a polarizing subject in and around Patriot Place. Everything seems to be up for debate.

Plus, Gronkowski’s quest for pliability may have even stirred up some of the reported friction between Bill Belichick and his star tight end.

At one point early last season, the Hoodie chastised Gronk in front of the players for being a TB12 client, according to a source. So maybe that was Belichick’s not-so-subtle way of trying to keep everyone from jumping ship on the team’s training staff.

Belichick has looked petty and insecure about Guerrero’s involvement with his players. He needs to chill a bit before there’s a full on revolt in the Pats locker room.