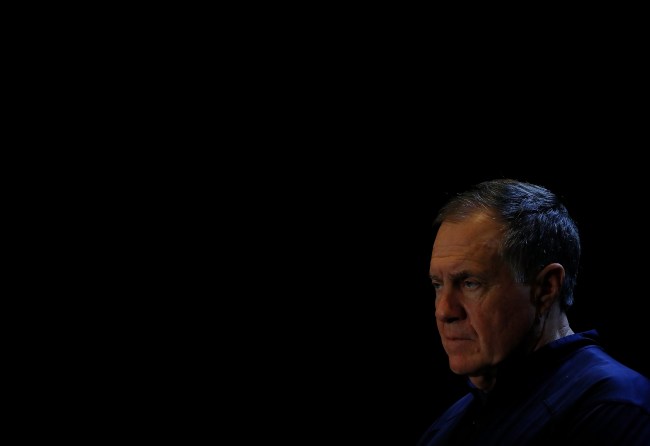 Coaching legend and fashion icon Bill Belichick will be making his ninth trip back to the Super Bowl as a head coach, which amounts to more times than I’ve visited my grandparents in the past decade. Just keep sending the savings bonds, nana, and feel free to throw in a Werther’s Original for good measure.

I’ve taken it upon myself to rank all eight of Bill Belichick’s Super Bowl outfits from least ground-breaking to most provocative. For those who question my fashion credentials, fear not, I’ve watched an episode of Project Runway with my girlfriend in hopes it would lead to oral. I am basically an expert, or as we say in the industry, a fashionista. 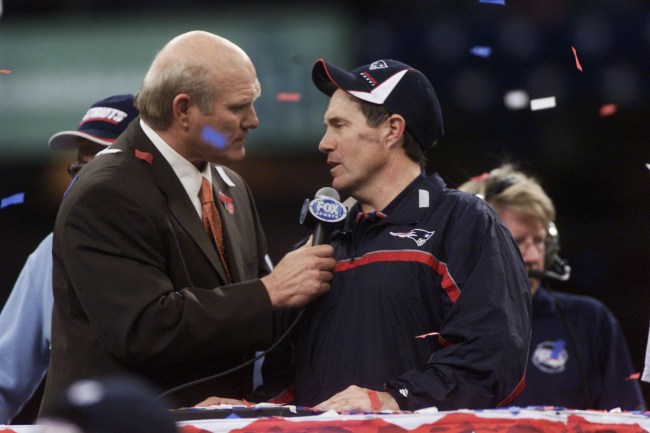 Bill Belichick’s Super Bowl head coaching debut was brought to you buy the T.J. Maxx clearance rack. Holy shit, Billy, you pick up that windbreaker off layaway. I think I wore the exact same half-zip in my seventh grade yearbook picture the year my dad got laid off and it was a “light Christmas.” 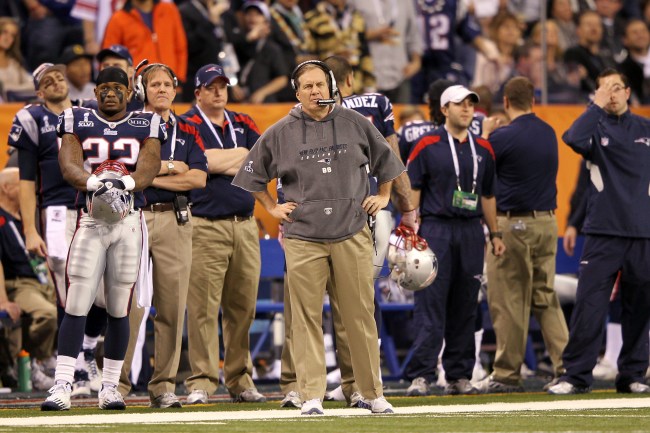 After three Super Bowl victories, Billy is starting to feel himself. He had Stevie Wonder snip off his sleeves to show a little wrist bone and even had ‘BB’ monogrammed in the dead center. They say ‘pride comes before the fall’ followed by a soul-crushing helmet catch by a receiver who started selling life insurance they following day. 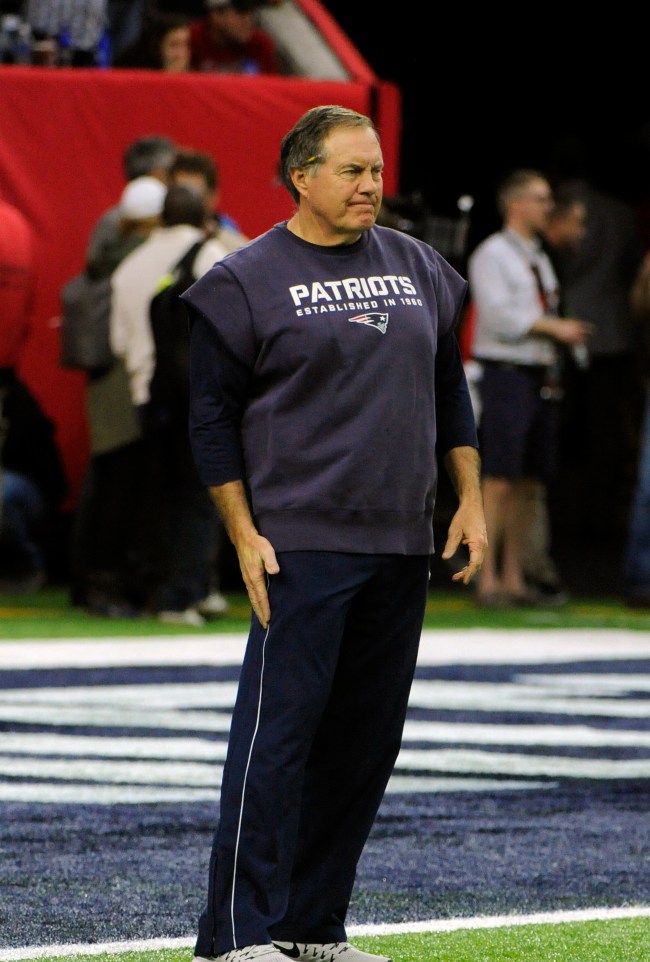 Gotta say, love how Billy cut the sleeves into an isosceles triangle, a little known trick in the fashion industry to add shoulder girth. Couple that with the navy blue really making his black eyes pop, and this top is really successful. But when we get below the belt, the outfit fails to hold up. That long white line on his pants is so prominent, I keep thinking Bill’s waistline is selling Patagonia vests. That or it’s a line of throw-away slot receivers waiting for their big break. 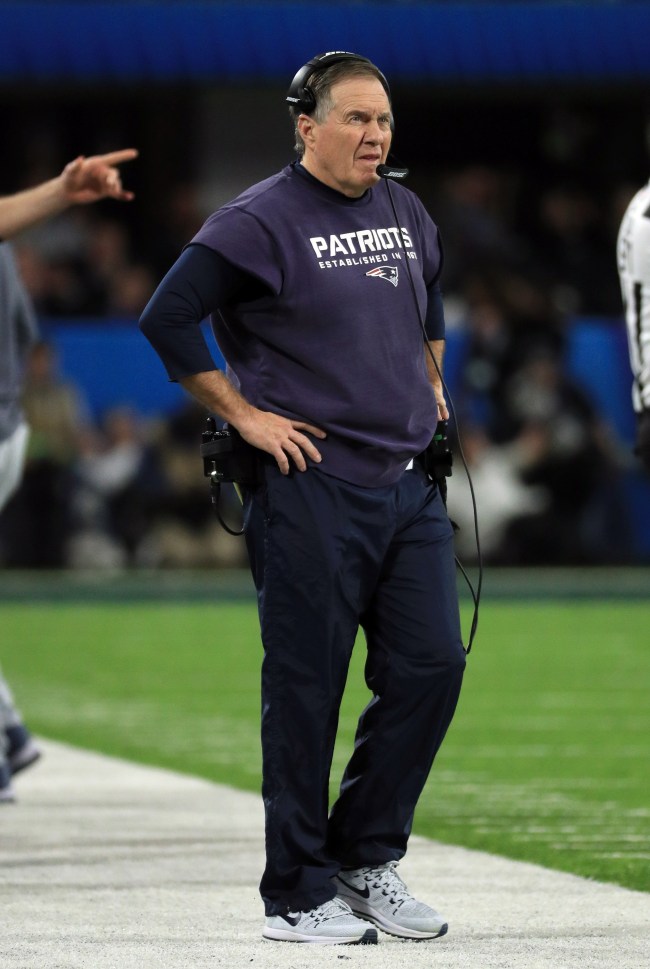 Bill legit took my ‘working from home’ fashion ideology: just wear what you wore last time until your girlfriend tells you she’s not attracted to you and that she’s been fucking her personal trainer. The upgrade from the year before is Bill heeded my advice and got rid of that horrendous white pant piping that was such a fashion crime that Goodell robbed him of two future first rounders. 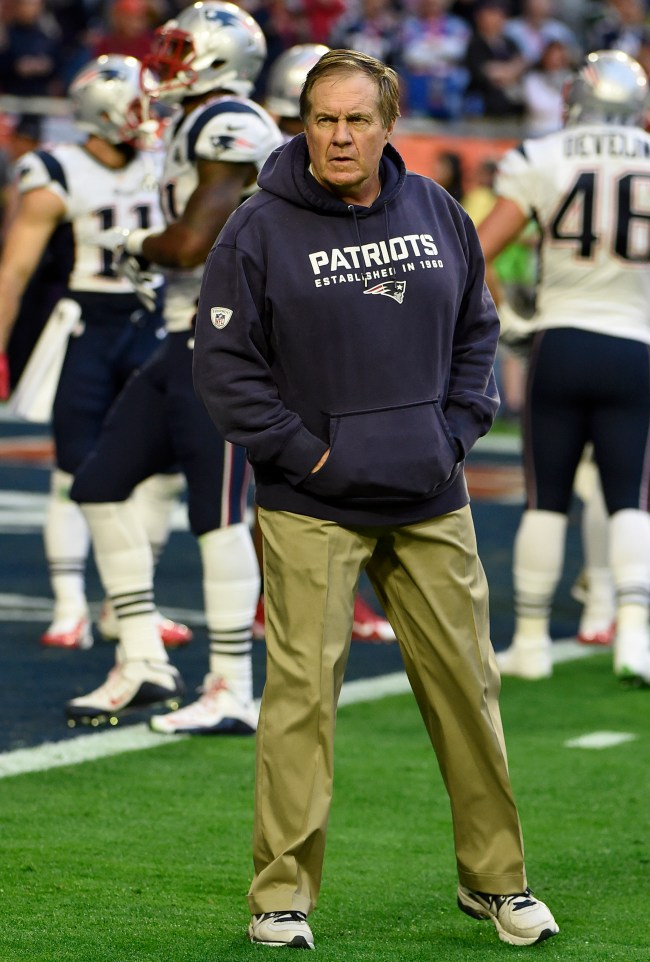 Did Bill Belichick’s Kohl’s khakis from yesteryear go to college to pick up a cigarette habit and a questionably stable young lady who moved out of her parents place at 16 to follow the delusional dream of becoming a singer/songwriter? Because these things are FRESH. These fuckers have more lines in them than ex-Dolphins coach Chris Foerster’s coffee table. There was absolutely no crossing Belichick’s lines that night, Marshawn or not. 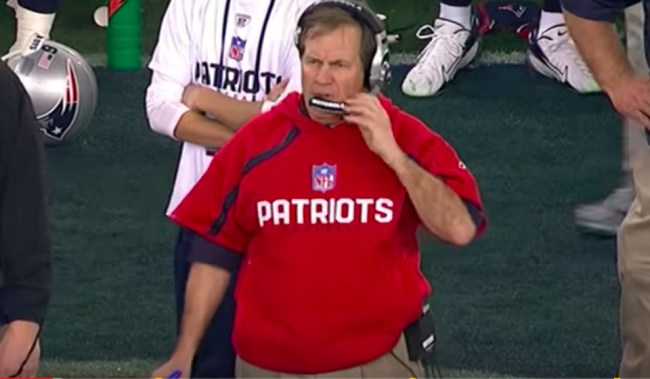 Belichick’s Super Bowl LII look puts the kool in Kool-Aid man. It’s no coincidence that he met his current girlfriend, Linda Holliday, in a nightclub just months before, so you can’t blame this sly sonavabitch for peacocking a little bit. I remember when I was in the honeymoon stage with my girlfriend, I would wear clean clothes with no holes in the elbows. Now I’m lucky if people don’t throw change at me when I’m walking down the street. 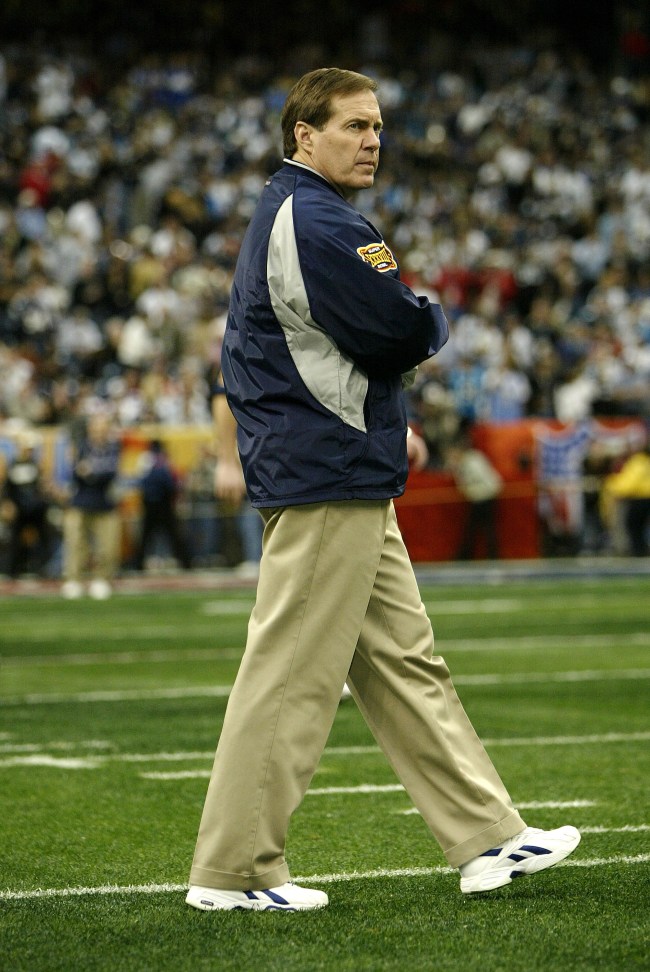 Bill Belichick is a confirmed cheater–he cheated my father out of the last pair of boot-cut khakis off the rack at Kohl’s. I’m not sure if Belichick forgot to pack his pants and had to borrow from Vince Wilfork but I’ve seen two bedroom apartments in New York that are narrower than those jumbo-jet runways. Very avant-garde. 9/10. 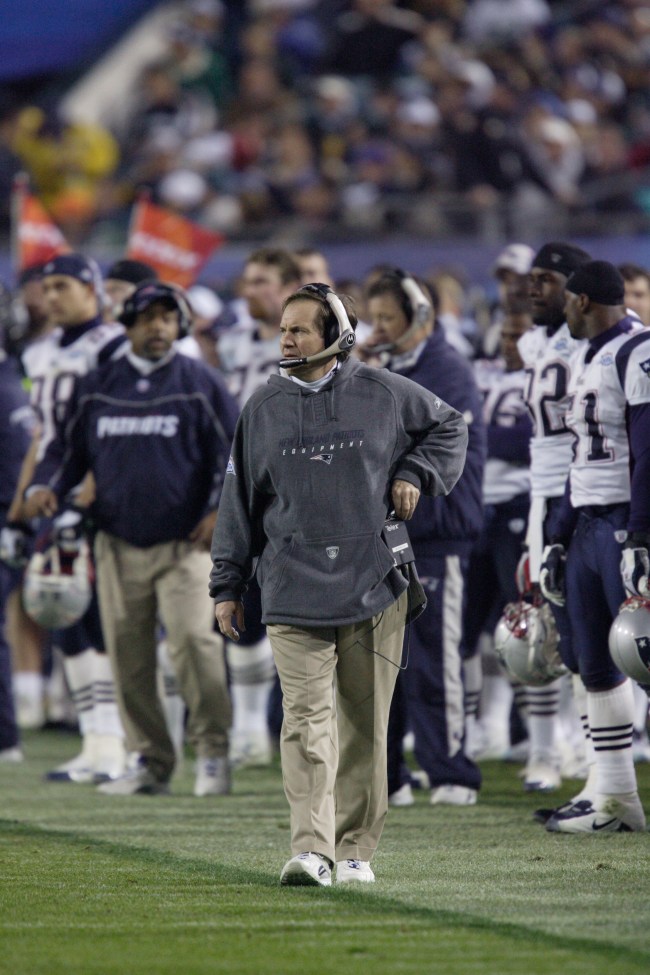 The OG Belichick sweatshirt. The prototype. It will always have a special place in my heart even though Billy looks like he puked on himself at recess and the school nurse made him rummage through the misfit clothes bin to pick the shirt that didn’t smell like mold-scented poverty. This explains why the sweatshirt fits about as well as Maroon 5 on a football field.

It remains to be seen what Billy B. will be rocking this Super Bowl, but you can bet your ass it’s going to send shockwaves throughout the industry.