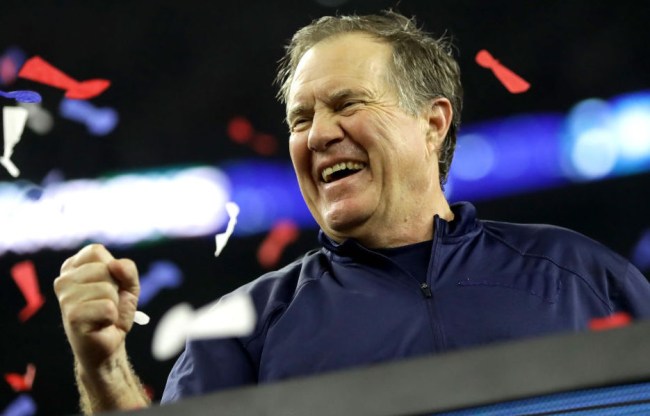 It’s been two decades since newly-appointed Patriots coach Bill Belichick opted to used the 199th pick in the NFL Draft to take a chance on a young kid out of Michigan by the name of Tom Brady, and while Antonio Brown may disagree, no other sixth-round selection has paid more dividends than the legendary quarterback.

It didn’t take the dynamic duo very long to help turn the franchise around and their victory in Super Bowl XXXVI marked the beginning of what is arguably the greatest dynasty the sporting world has ever seen, as New England would eventually go on to rack up six Lombardi Trophies while appearing in The Big Game nine times over an eighteen-year span.

Of course, all good things must come to an end, and talking heads and armchair analysts have spent the past few years prophesizing the downfall of the Patriots empire only to see the team repeatedly make them eat their words by continuing to dominate the postseason.

However, it appears this year may finally be the one New England fans have been dreading (and everyone else has been eagerly awaiting), as the Patriots were unable to make it past the Wild Card round and there’s been a steady stream of reports that the G.O.A.T. is preparing to explore his options and could finish out his career with another team.

Belichick has shockingly declined to directly answer questions from reporters who’ve asked him about Brady’s future so there’s no telling what he’s planning to do if there’s a change of guard at the quarterback position (there’s also no telling how long the coach is going to stick around given the secretive nature of his contract).

Following last year’s Super Bowl victory over the Rams, Belichick managed to find a touch of grey in the silver trophy when he noted the Patriots were a step behind most of the other teams in the league when it came to scouting for the following season. He doesn’t have that problem this year given how early New England was eliminated, and as a result, he’s made the trip down to Alabama to gather some intel ahead of this weekend’s Senior Bowl.

Belichick may not be known for being a fashion icon but he does know how to use his clothes to make a statement, as he reportedly decided to start rocking his signature cut-off sweatshirts to stick it to the man and make the Reebok apparel the NFL made him wear look as unattractive as possible.

He may not be playing in the Super Bowl this year, but on Tuesday, he reminded the world he’s still the man to beat when he donned a custom visor emblazoned with “VIII Rings” while watching prospects work out.

In addition to the six Super Bowls he’s won with the Patriots, Belichick also won a couple of rings while working as an assistant for the Giants under Bill Parcells and stunted by showing off all of them at a party last year.

Lord of the Rings. pic.twitter.com/lzGNzmMkjV