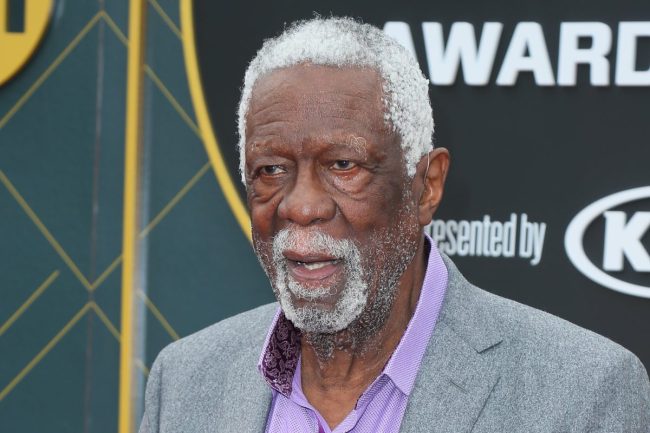 NBA great Bill Russell has passed away. The news broke Sunday afternoon as Russell’s account posted a message to his followers on social media.

“It is with a very heavy heart we would like to pass along to all of Bill’s friends, family, fans, and followers:

“Bill Russell, the most prolific winner in American sports history, has passed away peacefully today at the age of 88, with his wife, Jeannine, by his side. Arrangements for his memorial service will be announced soon.

“Bill’s two stat championships in high school offered a glimmer of the incomparable run of pure team accomplishment to come: twice an NCAA champion, captain of a gold-medal-winning US Olympic team, 11 times an NBA champion, and at the helm for two NBA championships as the first black head coach of any north American professional sports team.”

The message notes Russell’s incredible ability to win. He won 11 titles as an NBA player, and a pair as a coach. That following a prolific amateur career at the University of San Francisco.

While he was known best for his time on the court, he was also a large personality away from it. He was at the forefront when it came to equality and discrimination injustices.

“From boycotting a 1961 exhibition game… to leading Mississippi’s first integrated basketball camp… to decades of activism ultimately recognized by his receipt of the Presidential Medal of Freedom in 2010.”

Many were quick to give their thoughts on the passing of Bill Russell.

Some of sports’ biggest personalities commented on Russell’s death.

I’m heartbroken to hear about the passing of the greatest winner the game of basketball has ever seen, a legend, hall of famer, mentor and my friend for over 30 years, Bill Russell. 💔 pic.twitter.com/iiSkVq2kdn

A statement from Hornets Chairman Michael Jordan on the passing of NBA legend Bill Russell. pic.twitter.com/RdYcnuCrmb

Rest In Peace 🕊thank you for paving the way and inspiring so many Today is a sad day but also great day to celebrate his legacy and what he stood for 💚 pic.twitter.com/kvDaIsjpGG

The Great Bill Russell has always been my basketball idol.
Not because he won 11 NBA championships and 5 MVPs.
It was mainly for his stand for civil rights and social justice.
We have lost a great one.
I can remember my first time meeting him and being like a nervous (1/1)

The NBA on TNT crew also weighed in. Russell had many hilarious interactions with Shaq, Charles Barkley, and Kenny Smith throughout the years.

Thank you for paving the way. You will be missed legend. @RealBillRussell pic.twitter.com/obvwkMDCCc

NBA legend Bill Russell has died at the age of 88.

Here were some other reactions from throughout the sports world.

One of my favorite Bill Russell moments… RIP Legend 💔pic.twitter.com/A7VBRpjUZ0

My deepest condolences to the family, loved ones and the @NBA community on the loss of the greatest champion we’ve ever known: BILL RUSSELL. An activist, a pioneer, a humanitarian. He made the world better for us all.#RIPCHAMPION

An immeasurable impact off the court and the greatest winner in basketball history. RIP. pic.twitter.com/ukmxmQoYgy

One of the most important athletes who ever lived. And one of the greatest. RIP.

Bill Russell was a treasure as a player, coach and especially as a human being. @Lakers and @celtics fans can agree on this today. 😔💜💚😔 https://t.co/TTDfp9w8Zq

The Red Sox had a moment of silence in Fenway Park Sunday afternoon.

RIP to the greatest winner in sports history.