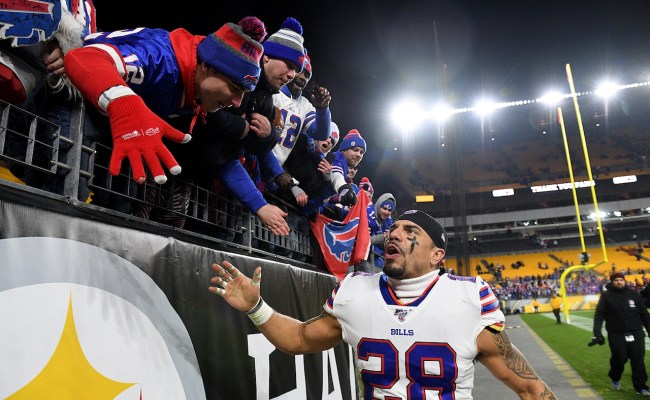 As I was preparing my brain to write this article, the topic of the most beloved sports fanbase in all of America crossed my mind.

Like, the Cowboys, the Patriots, the Yankees, the Red Sox, Duke, the Lakers, Notre Dame, etc, etc, etc — these are the most hated fan bases in the United States and everyone knows it. Apologies to all of you who root for these teams — especially LeBron, who may literally root for all of these teams — but it’s really cut and dry stuff. Essentially widely accepted fact.

However, when it comes to who America’s most beloved fan base is, the conversation becomes a little more complex. After all, no one really loves their opponents, at the end of the day. Except for, perhaps, the Buffalo Bills legendary Bills Mafia.

From their table-breaking to their heavy-drinking, from their weather-braving to their the fight starting, there is just something endearing about the Buffalo Bills’ fan base.

Granted, while a lot of that adoration may have to do with their years of being a lovable loser, the fact remains that there is arguably no sports community in America that is as universally appreciated as Bills Mafia.

And to Bills Mafia’s credit, their reputation is not solely built on hard-partying, as they are equally respected for moments like these where they wait outside in 26-degree weather in the middle of the night simply to greet the squad as they returned home from their playoff-clinching victory in Pittsburgh.

It’s 26° at 2 AM on a Monday morning. #BillsMafia pic.twitter.com/WZysXyjlKj

Even though I’m a Jets fan, I’ll certainly be rooting for the Bills in the playoffs this year. They’ve got a hard-hitting defense, a limited yet competitive-as-fuck quarterback in Josh Allen, a ride-or-die fan base, and of course, they’re underdogs. And who doesn’t love a good underdog?