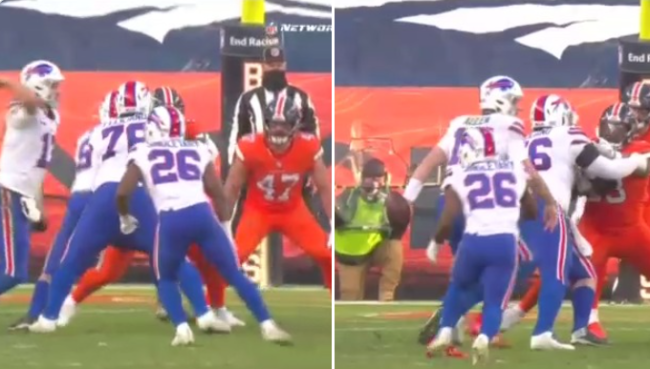 The Buffalo Bills nearly executed the best trick play of the season on Saturday afternoon.

In the second quarter of game, Bills QB Josh Allen perfectly sold the Statue of Liberty trick play against the Broncos defense.

Play was called back, but Josh Allen was smooth with the Statue of Liberty 😎 @JoshAllenQB @BuffaloBills

Unfortunately, the play didn’t count because the Bills were called for a holding penalty by the refs.

A holding penalty just wiped out the first Statue of Liberty touchdown since the centennial.

The Bills play was reminiscent of Boise State’s famous game-winning Statue of Liberty game-winning touchdown vs Oklahoma in 2007.

#tbt to the 2007 Boise State vs. Oklahoma Fiesta Bowl! This back and forth game was centered around high powered offenses, including players like Oklahoma’s then running back, Adrien Peterson. In overtime, Boise State pulled off this gutsy Statue of Liberty play to seal the win! pic.twitter.com/DP5oGlpmmm