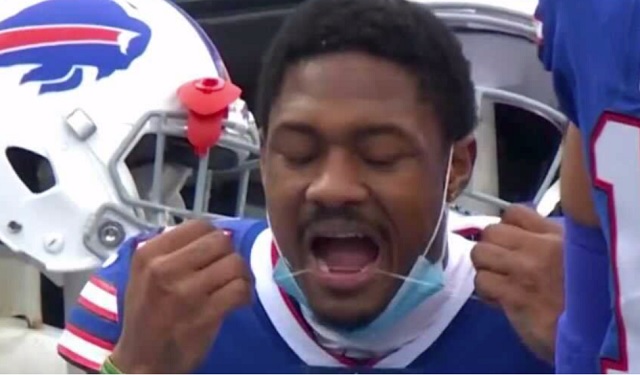 Stefon Diggs seems pretty unbothered about the team’s meaningless game against the Dolphins on Sunday.

In the middle of the Dolphins-Bills game, Diggs was seen flossing his teeth while on the bench.

But seriously, are you supposed to floss both sides of your mouth at once? I’ve always done one at a time. https://t.co/Y39Q1kflrk

Diggs got the weirdest flossing technique I’ve ever seen

Diggs’ flossing method is screwing with my head. Do you not floss one gap at a time? Have I been doing it wrong my entire life?! https://t.co/SqKFZFfXio

ok can we talk about diggs flossing technique wtf was that

Oral hygiene is important every quarter. @stefondiggs flossing on the sidelines. However I was just informed by dentist buddy that this is poor technique lol. Go @BuffaloBills !!! pic.twitter.com/CZfIlX3xQW