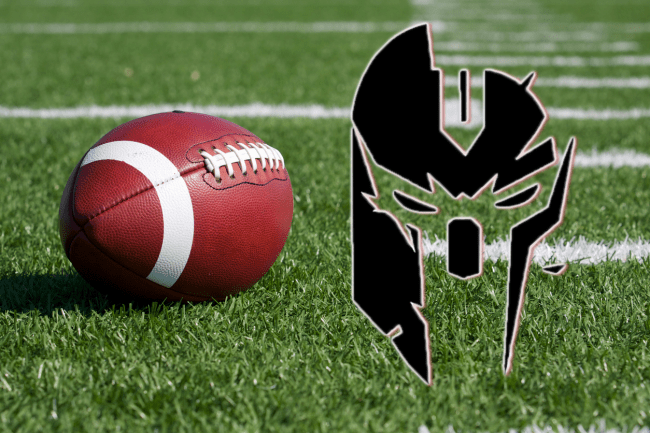 Bishop Sycamore football is the wildest story of 2021 so far and it’s not even close. The team suffered a blowout loss on ESPN over the weekend and it has raised quite a few questions regarding the program’s legitimacy.

Bishop Sycamore has fired its head coach for cause amid the scandal and Ohio Governor Mike DeWine has called for an investigation.

Like many Ohioans, I am concerned by the recent reports and questions raised about Bishop Sycamore. While this weekend’s football game brought concerns about the health and safety of players, it also raised red flags about the school’s operations.

I have asked @OHEducation to conduct an investigation into Bishop Sycamore to ensure compliance with Ohio law and to ensure the school is providing the educational opportunities Ohio students deserve.

The school, which lost to the nation’s No. 2 ranked team in the nation 58-0, claimed to have a large number of highly-recruited prospects. It does not.

ESPN broadcasters quickly noticed the discrepancies between the two teams and cited legitimate concerns about player safety. Just look at this mismatch and you’ll get the idea:

This is who Bishop Sycamore is rushing vs the #6 ranked player in nation who’s committed to Alabamapic.twitter.com/qncqkK8dIa

In addition to the clear problems with personnel, the school had played a full game just two days prior. Many of the players played both ways.

A spokesman for the company that scheduled the game said that it received a roster a month prior to the game and it was completely different than the one for the game on Sunday.

Bishop Sycamore played six games last season and went 0-6. It was outscored 342-49 since starting its program in 2020.

And yet, somehow, Bishop Sycamore had the nation’s fourth-hardest schedule in 2021 and was set to play several powerhouses this fall, including Duncanville (Tex.), St. Edward (Oh.), and DeMatha Catholic (Md.). This came after playing IMG over the weekend.

Bishop Sycamore really had the 4th toughest HS schedule bra 😭 harder than the team that beat them 60-0 pic.twitter.com/0pZ3xVvJy9

However, after the scandal began to surround the program this week, each of the remaining teams on Bishop Sycamore’s schedule have cancelled. That leaves the embattled high school football program with no one to play.

Bishop Sycamore’s season, it would appear, is over.

The team’s terrible performance and impressive schedule is baffling, but the on-field questions only begin to scratch the surface.

Is it a real school?

Bishop Sycamore may be entirely made up. In addition to lacking basic information about the school, the team’s website looks like something of a class project.

The school’s address is listed as a P.O. box and Bishop Sycamore’s founder claims that the school’s actual location is private to keep students from being harassed. What?!

Further digging would reveal that the Ohio Department of Education does not even list a charter school for 2021-22 by the name of Bishop Sycamore. Last year, Bishop Sycamore was listed as a “non-chartered, non-tax supported school,” a type of school that “because of truly held religious beliefs, choose not to be chartered by the State Board of Education.”

As for the football team, the school is not affiliated with the Ohio High School Athletic Association. Not to mention, the school was previously known as COF Academy before it was shut down in 2018.

Who is on the team? How do they recruit?

Nobody really knows anything about the players. Rosters vary, numbers are subjective and the athletes are largely untraceable.

#54 for Bishop Sycamore is hurt and he’s not even listed on the roster ESPN got from them: pic.twitter.com/hrgfZCa5Yb

Of the players who are listed on the roster, many of them are as old as 19 or 20. The postgraduate athletes might have even already played in junior college football games.

Aaron Boyd, who claims to be the first player ever recruited by the former COF Academy, spoke with Complex about his experience.

Boyd claimed that upon moving to Ohio, the athletes were housed in a hotel for five months. He also said that the school never actually paid for the hotel, or anything, and always paid for everything with bounced checks.

When they were hungry, Boyd said to Complex that they would have to “rob Meijers, Krogers, Walmart because that’s the only way they could eat.”

As for schooling, Boyd told Complex that they never went to class. He said that he had to go back to a real high school after the season and redo his entire junior year in time to play football his senior year.

Who was the coach that got fired?

Just when things seem like they can’t get anymore sketchy, they can.

The bench warrant came for failing to appear in a domestic violence case that was eventually dropped to a criminal mischief charge was issued on July 2. And then, on Friday, a Franklin County judge ruled that Johnson will go to trial for defaulting on a $100,000 loan from 2018.

Johnson also faces a 2019 civil lawsuit filed by the owner of the hotel that Boyd said he and his players stayed in for $81.19 a night during the fall of 2018. Backing Boyd’s claims, the suit says that Johnson owes a balance of $110,685.

In 2019, an apartment complex filed eviction notices against Johnson. In 2018, a paintball complex claimed that Johnson racked up a tab of over $1,000 for team bonding and never paid. That same year, a Columbus, Oh. training facility said that Johnson never paid a bill that totaled $7,720.

To make things even crazier, former players are alleging that Johnson had his team beat up a homeless man before practice.

And yet, despite all of this, Johnson led his team of potentially ineligible players from a potentially fake school to play a nationally televised game against a high school football powerhouse on the field at the Pro Football Hall of Fame.

Bishop Sycamore is now being accused of paying for its hotel over the weekend in Canton, Oh. with two invalid checks, totaling more than $3,00.

Now that Johnson is fired, what is next?

After the headlines began to circulate on Monday, Bishop Sycamore’s founder Andre Peterson, who also coaches the team’s offensive and defensive lines, told USA Today Sports that he had fired Johnson.

He also remains adamant that the school is not a scam. And yet, those narratives don’t add up.

If everything that Johnson did was true and resulted in his firing, how can the school possibly be legitimate?

“There’s nothing that I’ve gotten out of this that would constitute it as a scam because I’m not gaining anything financially from what we’re doing,” Peterson told USA TODAY Sports. “The reality of it is that I have a son (Javan) that’s also in the program and has been in the program for four years.

“If it’s a scam and the kids are not going to school and not doing what they’re supposed to do, then I’m literally scamming myself.”

And then Peterson went on to discuss the (lack of) website, which has since been pulled down for maintenance.

“We have to make sure that website also includes the academic part of it. There’s things that you learn,” he said. “There’s growing pains that you have. We realized that’s an issue. The reality of it is we’ve caused some of the questions by not doing some of the things that should have been done before. So that’s understandable. I totally get that. We have to make it an actual school website.”

So to summarize— Bishop Sycamore is caught in the middle of a national scandal, fired its head coach for cause, doubled down on the school’s legitimacy, and then gave a defensive response about some of the questions that have been raised.

Bishop Sycamore is 0-3 and has been outscored 115-7, but the scores are not as disturbing as the fallout.