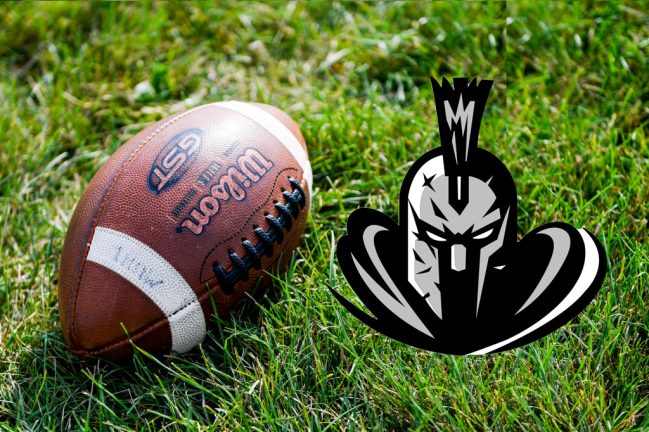 The saga surrounding Bishop Sycamore football only continues to unravel as more details come to light and it’s truly bizarre. Now, two weeks after making national headlines, the team’s head coach has admitted that the high school is, in fact, not a high school.

You can FIND THE FULL STORY HERE, and it’s truly wild and worth the read, but here’s the gist:

Bishop Sycamore first began to receive attention after a brutal 58-0 loss to the nation’s No. 2-ranked high school IMG Academy live on ESPN. Broadcasters in the booth could not identify players and the beatdown was so bad that those watching became concerned about the health and safety of the players.

Since then, Bishop Sycamore football has fired its head coach, been accused of forcing players to beat up the homeless and using fake checks to dip out on paying for hotels, facilities and meals, as well as defrauding multiple loans. These allegations come amidst intense scrutiny from top officials.

In fact, Governor Mike DeWine called for an investigation into the school after it was discovered that the Ohio Department of Education does not list a charter school for 2021-22 by the name Bishop Sycamore. In 2020-21, the department listed Bishop Sycamore as a “non-chartered, non-tax supported school.”

Doubling down and tucking tail.

Despite probably (for legal reasons) being caught in a lie, Bishop Sycamore’s founder, director and assistant coach Andre Peterson maintained the school’s academic status as recently as August 31.

He said that the program rents space in a building in the Easton neighborhood of Columbus. He has also said that there was a bell schedule for classes.

“Prior to COVID, the design of it is they go into the building, they have their computers, they sit down, they do their classes, we have some (adults) that are there that monitor what they do,” he said to USA Today.

On multiple occasions, Peterson said that the school has existed for four years, only to later admit that it was founded in 2019. Everything about it doesn’t add up.

Now, over the Labor Day weekend, the entire tune has changed.

In what is likely a last-ditch effort to save Bishop Sycamore, the team’s new head coach is admitting that it is not a school. In an exclusive interview with NBC4 Columbus, Jackson called the team a “post-grad football academy” and said that there are no academics.

“We do not offer curriculum,” Tyren Jackson said. “We are not a school. That’s not what Bishop Sycamore is, and I think that’s what the biggest misconception about us was, and that was our fault. Because that was a mistake on paperwork.”

Jackson, who was hired seven months ago, says that he does not know much about the program’s filing with the Ohio Department of Education. That paperwork was submitted prior to his arrival.

To say it was a “mistake on paperwork” is certainly a stretch, especially considering that Bishop Sycamore and its staff had a week to come up with a much better excuse. That would be like accidentally checking the “yes” box on the “are you a real school?” question.

When asked about the bell schedule and building address, Jackson stood by his lack of knowledge, which was his best bet.

“Right, and I don’t know anything about that,” he said in the NBC4 interview. “I won’t speak on stuff I don’t know about. Like I said, if it was something that happened like that, then that’s terrible. That’s not how you do business.”

Jackson also said that Bishop Sycamore is not even going to attempt to file paperwork with hopes of being considered a school for the current academic year. That pretty much settles it.

He did say that he will cooperate with the state’s investigation.

What Jackson wants to make clear is that this is not on the players.

Over the weekend, he used Instagram to ask that people stop making jokes and “slandering” the kids. In his interview with NBC4, he reiterated those sentiments.

“A lot of it, you can say, was self-inflicted, and I’m willing to say that,” Jackson said. “But at the same time, that’s probably from a head-down type of thing. Don’t attack these kids. Don’t take that part from them, now that they don’t have a season, possibly.”

Jackson’s comments about not having a season come after each of Bishop Sycamore’s previously-scheduled opponents pulled their matchup. Prior to the cancellations, the team was set to play the fourth-hardest schedule in the country.

While Jackson isn’t wrong, it’s hard to imagine that any school in the country will schedule Bishop Sycamore. Especially as this story continues… stay tuned!