College football is a game of symbols. Symbols apply to almost every aspect of the game, especially the ridiculous play cards that have popped up on sidelines over the past few years.

On a previous episode of Play Card Playback, we talked to former UCLA outside linebacker Kevin McReynolds about how play cards are used to strategically confuse defenses and make great memes.

This week, we’re talking to Richie Harrington, former walk-on quarterback at Oregon State. Harrington offers an additional explanation of the play card system from his time in Corvallis. At the time, Oregon’s Chip Kelly had perfected the play-calling system morse code system. In one particular instance, play cards had Oregon State’s defense so out of whack that it resulted in a 70-yard Marcus Mariota touchdown.

Harrington explains how bad play card reading left the Beavers with their tails between their legs. 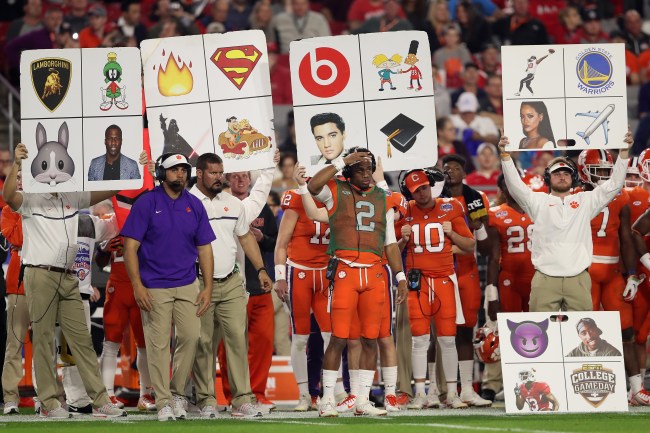 GLENDALE, AZ - DECEMBER 31: The Clemson Tigers sidelines holds up play cards during the Playstation Fiesta Bowl against the Ohio State Buckeyes at University of Phoenix Stadium on December 31, 2016 in Glendale, Arizona. The Tigers defeated the Buckeyes 31-0. (Photo by Christian Petersen/Getty Images)