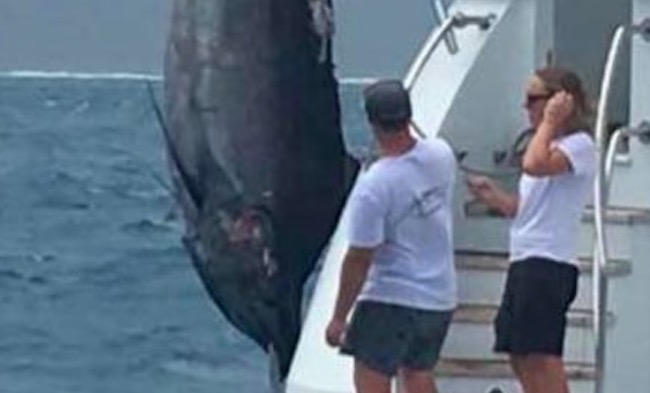 Black Marlin fishing season on the Great Barrier Reef is just getting started. Capt. Billy Billson on Viking II just landed the first ‘grander’ of the season. ‘Grander’ is a term for marlin (Black Marlin and Blue Marlin) that weigh over 1,000 pounds.

This remarkable Black Marlin tipped the scales at 1,117 pounds (507 kg) and was caught while Capt. Billy Billson was fishing out of Cairns, Australia. The measurements on this impressive Black Marlin are just as unbelievable as the 1,117-pound weight. This fish clocked in with a 78-inch Girth, 135″ short, and 22″ tail. From tip to tip, this grander Black Marlin measured 11-foot-3-inches long (3.4 meters). 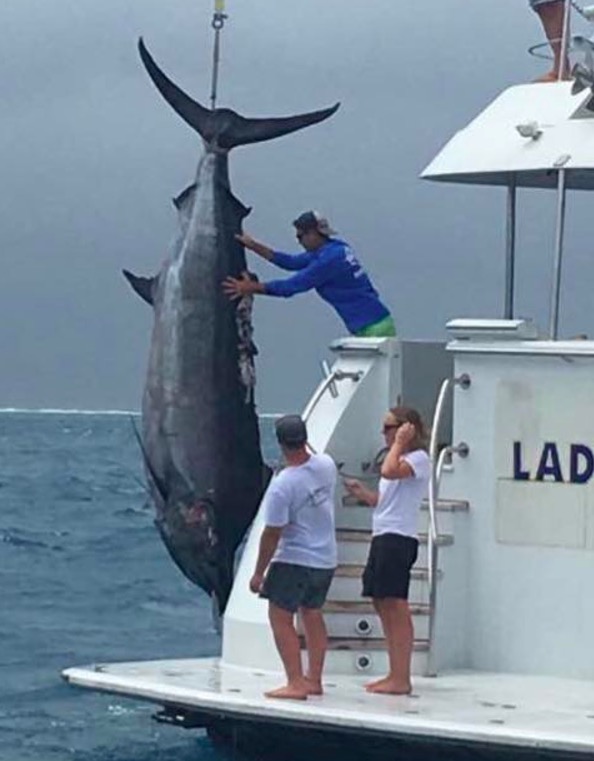 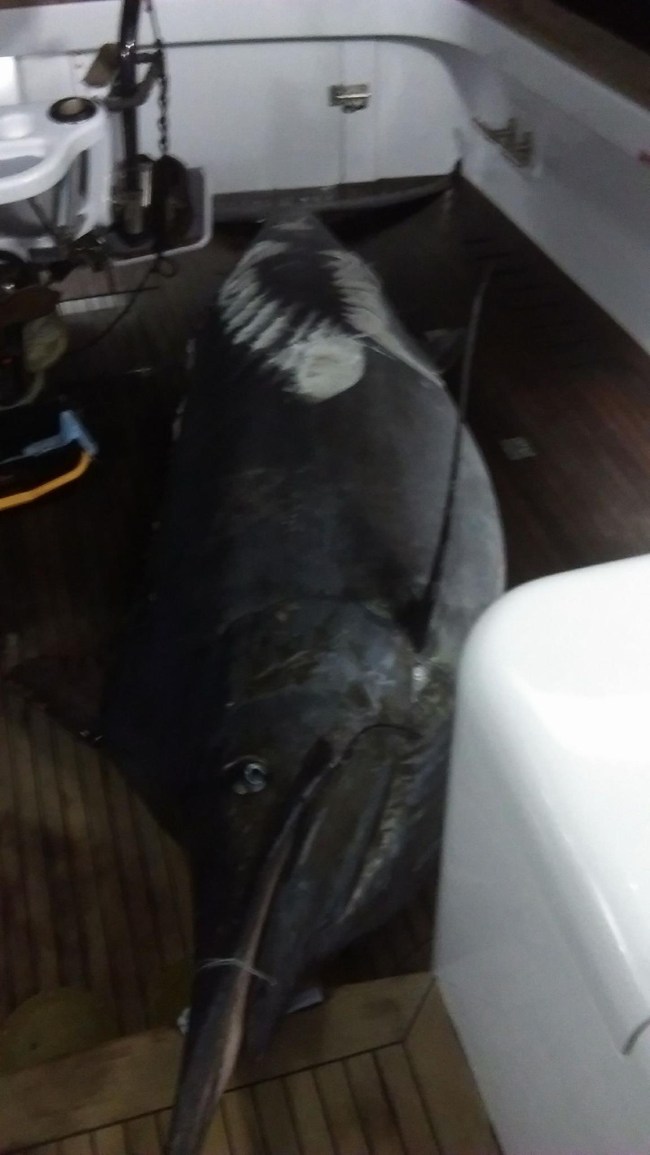 Captain Billy Billson has been marlin fishing in Australia for 31 seasons, and this was his very first day out fishing for Black Marlin of the 2017-2018 season.

The fishing crew hooked up to the grander Black Marlin just before 5pm after it swooped in and took the bait. It was another 2 hours of fighting the fish before they managed to get it into the boat. This is a truly gargantuan fish, but it’s still nearly 200 pounds smaller than the record Black Marlin caught by Jack Nicklaus back in 1978.

You can see some footage of the angler fishing this 1,117-pound Black Marlin over on Australia’s Daily Mercury.