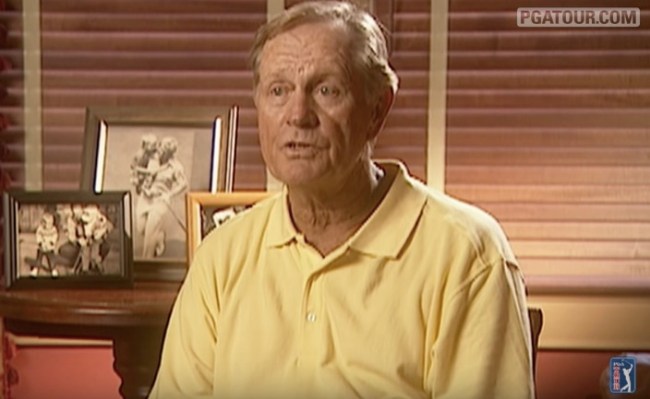 By most measures, Jack Nicklaus was the greatest golfer in PGA Tour history. You could make an argument that it was Arnold Palmer or Tiger Woods, but Jack Nicklaus‘ body of work puts him in a class all to himself.

In addition to the sport of Golf, Jack Nicklaus is apparently a fan of fishing an horology. I know this because my buddy texted me last night saying ‘did you know Jack Nicklaus caught the largest Black Marlin in history?’ He heard this while reading an interview with Jack on HODINKEE, a watch blog, where they talked about Jack’s Rolex collection. You can read that interview here.

My brain is a sponge for useless trivia so I was immediately skeptical. Surely, if this was true I’d have heard this by now. So I did some digging around, and while it turns out that Jack Nicklaus’ Black Marlin isn’t a world record, that honor goes to a 1560-pound Black Marlin caught in Peru by Alfred Glassell, Jr. back in 1953. However, Jack Nicklaus did catch the largest Black Marlin of 1978, and one of the largest fish ever landed on rod-and-reel.

“He finally hooked up, 5 in the afternoon, with this fish. It came out of the water tail-walking, big as a whale. It got dark about 6:30, and he just kept fishing and fishing like in Ernest Hemingway’s The Old Man and the Sea. He fished forever. Finally, about 9, I’d been in the sun drinking beer all day, I went in and laid down and took a nap, ate a sandwich, just dozed off. I got back up and looked at my watch, and it’s 10:30 at night, and he’s still fighting this damn fish! Finally, about 11:20, he brought it up. I’m telling you, he fought it for six hours and 20 minutes. One man fought a fish. There was no one other than Jack Nicklaus who could have done it. Or would have.”

I couldn’t find a photograph which shows the entire fish, but here’s a look at Jack posing with his 1,358-pound Black Marlin on the scales: 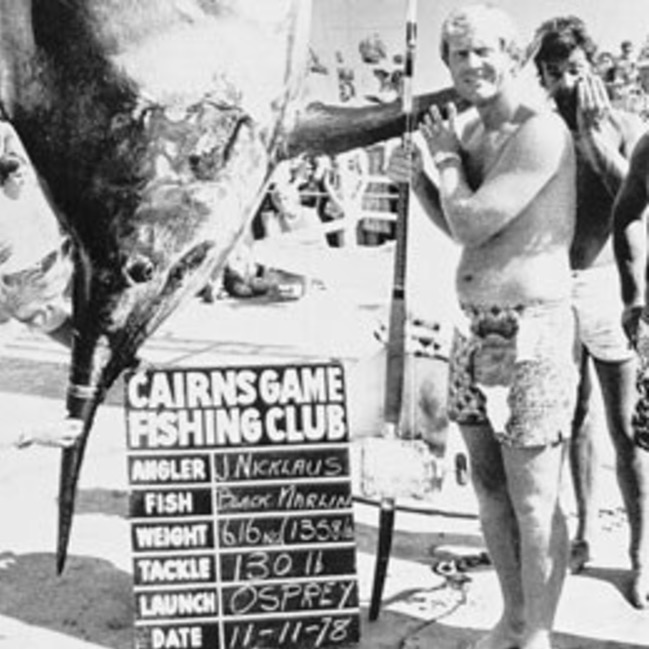 Apparently, Jack Nicklaus still has this 1,358-pound Black Marlin mounted on the wall in his home. As for Jack’s claim that it was the largest Black Marlin in history, that’s just a fish story. A larger Black Marlin was caught on Australia’s Great Barrier Reef in 1973 (1442lbs), 1975 (1367lbs), and again in 1981 (1392lbs)…and that’s just the years surrounding Jack’s amazing catch back in 1978.

If you want to see another MASSIVE Black Marlin caught in Australia, check out this new Black Marlin spearfishing world record that was recently broken.

Here’s that HODINKEE interview I was talking about earlier: