Boxer David Benavidez Calls Jermall Charlo A ‘P—–‘, Wants To Give Caleb Plant An ‘Ass Whooping’, And Feels Like He Can Beat Canelo Alvarez 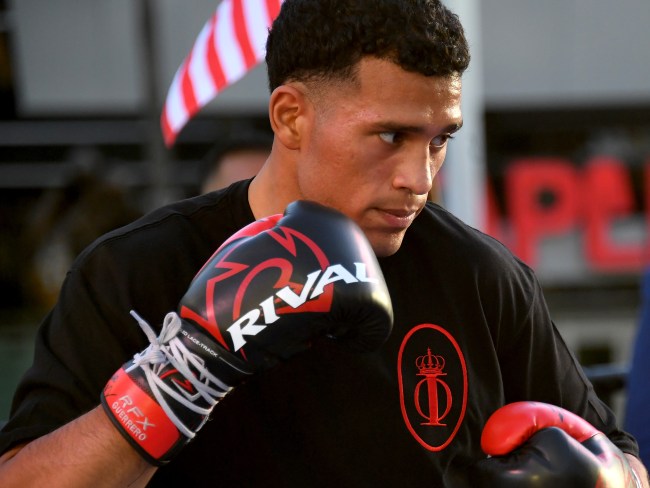 24-year-old David Benavidez wants all the smoke in the super middleweight division.

The former two-time super middleweight titleholder is a top contender in the division and is set to return Saturday on Showtime (Mar. 13, 9 pm ET) against Ronald Ellis.

Ahead of his big fight, we sat down with Benavidez to talk about potential future matchups against Canelo Alvarez, Jermall Charlo, Caleb Plant, and how he feels he’s going to perform this weekend against Ellis.

Canelo Alvarez is currently the big dog in the super middleweight division and Benavidez believes he can beat Canelo right now if given the chance.

I feel like I’m ready for Canelo right now, if they would have me fight him next week I feel like I would beat Canelo. When Canelo runs out of people to fight after Billy Joe Saunders and Caleb Plant who is there left to fight? I feel like I fit in the equation perfect, If Canelo thinks I’m such an easy target, he should just take me out

Caleb Plant is currently in line to fight Canelo Alvarez but Benavidez is looking forward to giving him an “ass whooping” after he loses to Canelo.

During our interview, Benavidez went on to clap back at Jermall Charlo for putting up several different ludicrous demands like vaccination requirements and age restrictions in a potential matchup.

David Benavidez called Jermell Charlo a pussy for calling him out and then putting up a ton of restriction on a fight 👀 pic.twitter.com/H5Ap15Uia4

I think he’s a pussy too, all these people just be talking shit saying whatever they want to say but when it’s time to make the fights happen…now he says I need to be vaccinated, I need to be older than 25, I need proof of GED, it’s just different stuff with him, if he wants to fight I’m right here ready to fight, I didn’t say I wanted to go down, he’s the one saying he wants to knock me out and he was going to break my neck and all this stuff. he should just take me out, show everyone how gangster you are, if you really want to fight me and you really want to knock me out, then come up and fight me and knock me out like you say you were.

As for his fight this weekend, David thinks he’s going to get an early stoppage against Ronald Ellis.

Right now I’m feeling extremely strong, fast, powerful. My timing is really good too…Everything has been perfect, so I feel like I’m going to get an early stoppage, I’m not overlooking Ronald Ellis, or nothing but this just the way I feel, so I’m looking for an early stoppage