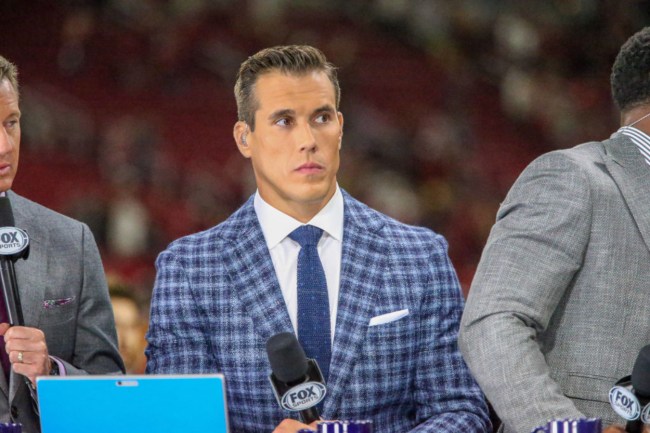 The Notre Dame football program will do something for the first time in its history in 2023, play an FCS opponent. Plenty of top-tier college football teams play one FCS team each season, but that doesn’t mean Fighting Irish fans, or alumni, are on board with the idea.

Prior to the announcement of Notre Dame scheduling Tennessee State, the Irish had been one of just three schools to have never played FCS level competition, with UCLA and Southern Cal being the other two programs.

Following the announcement, Quinn voiced his frustrations about the matter on his ‘Two Pros and a Cup of Joe‘ radio show.

“This a no-win scenario for Notre Dame, no matter what way you go about it,” Quinn said. “It does not help elevate their program. You’re not winning a recruit for this. You’re not winning in the eyes of the College Football Playoff Committee, or the AP.”

Notre Dame football prides itself on being independent of a conference and the program hangs its hat on being ‘different’ from everyone else. This is why Quinn is so upset, he thinks this makes the Irish like other teams around the country.

“Notre Dame in this instance, when it’s always kind of been something of its own, is now really trying to almost blend in with everyone else. And that hasn’t been their MO,” Quinn explained.

Quinn is right that playing Tennessee State does absolutely nothing for Notre Dame. The Fighting Irish always have an uphill battle in trying to get into the College Football Playoff, and beating up on an FCS team instead of taking a shot against a Power Five team isn’t going to help things.

At the end of the day, it’s all but a guaranteed win for the Irish. Notre Dame will still likely need to run the table to get into the Playoff, regardless.