Brandel Chamblee’s Comment About Social Media ‘Bitch-Slapping Golf Instruction Into Reality’ May Be Poor Phrasing, But That Doesn’t Make It Wrong 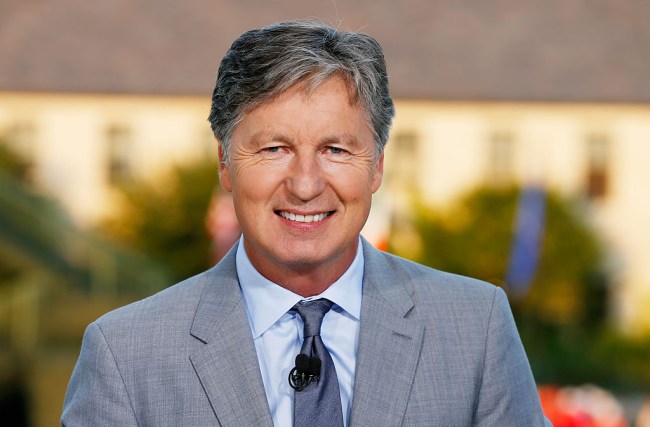 Brandel Chamblee is one of, if not the most outspoken golf commentator out there. He’s someone that does not hold back during any conversation no matter how controversial the subject may be, as the cease and desist letter he received from Patrick Reed attests to.

Even his biggest critics would agree in saying that Chamblee is beyond well-versed and completely entrenched in the game of golf, plus he’s a PGA Tour winner himself which is just another tally that backs up his strong talk.

Chamblee recently linked up with Adam Schupak at Golfweek for a Q&A and, unsurprisingly, shared some choice words. The 57-year-old was first asked whether or not Matthew Wolff’s extremely unique swing is sustainable and from there the discussion turned toward the subject of instruction, in which Chamblee explained how social media and YouTube have “bitch-slapped” some of the old-school, ‘traditional’ approaches into reality.

“The teachers are being exposed for their idiocy, but I stood on the range with a prominent teacher who had acolytes all around him who then went out and those acolytes talk with acolytes and then they completely spread this flawed philosophy through all of teaching and all teachers stuck to that ideal and all teachers taught flawed philosophies and these philosophies finally got bitch-slapped by reality. YouTube, there it is, you’re wrong, they’re right.”

I sincerely apologize for an unfortunate choice of words in the Golfweek interview. While the phrase was meant to mean harsh criticism,seeing words in black and white make you realize different contexts. Either way this was a poor choice of words that is offensive and I apologize

While Chamblee’s phrasing is going to ruffle plenty of feathers in the golf world, that doesn’t mean his message here is wrong. The point he is trying to get across is a pretty simple – and factual – one and that is the old days of teaching players the more traditional and restricting movements in a golf swing have pretty much flown out the window thanks to social media. No, the practice of golf instruction isn’t going anywhere, but what once was a rather slow-paced world has ramped up in speed in a hurry due to the amount of content out there.

“The teaching philosophy of 30, 40 years ago has run into YouTube videos and social media, which acts as purity for teaching and I believe about five, six, seven years ago the whole instruction world, the pendulum began to shift away from restriction to more freedom to move, to turn. Turn those hips, straighten that right leg, lift that left heel. When you do that a whole host of possibilities happen.

Your hands are going to get high and when they get high you’re going to end up with guys like Matt Wolff and Justin Thomas. It used to be everybody tried to swing perfectly on plane, left arm on shoulder plane, club and club face and left arm in same alignment at the top. These are all aesthetic ideals which work to restrict the athlete.”

“‘Well, I guess I’m an idiot because here are these guys on front pages of magazines telling me that I need to set my wrists and swing flat and keep the club in front of me and stay balanced and have a compacted golf swing for more consistency.’ These are all packaged lies.”

A good majority of golf instructors and some of the older generation in the game aren’t even going to want to read Chamblee’s thoughts because he said the word ‘bitch’ in his interview.

Fine, you can be mad about a word, but those are likely the same people that don’t realize just how much information about the golf swing is out there on YouTube. These folks are likely more worried about setting your wrists earlier in the backswing, an example Chamblee references, all while there are hundreds of YouTube videos showing players like Tiger Woods, Ben Hogan and Jack Nicklaus not doing that.

Some people will agree with Chamblee’s opinion while some people won’t even begin to try to understand the point he’s trying to make, which is fine, but the golf instruction world, in many different ways, is changing.