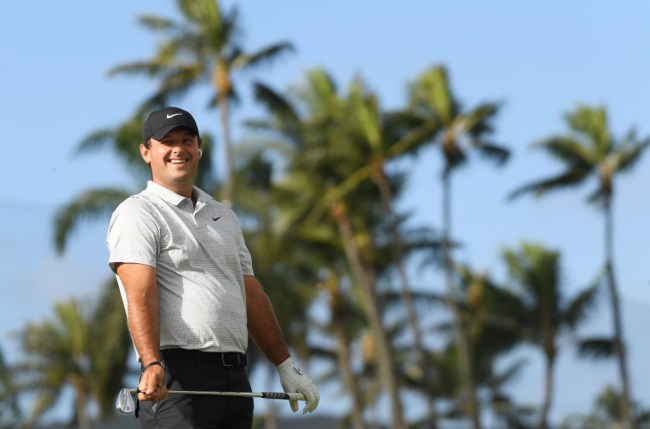 Patrick Reed has responded to all of the cheating allegations, specifically put forth by Golf Channell’s Brandel Chamblee, by the form of legal action.

According to a Golf Week exclusive, Reed had attorney Peter Ginsburg send a cease and desist letter to Chamblee demanding him to stop calling Reed a cheater and that he intentionally broke the rules at the Hero World Challenge.

“The purpose of this letter is to obtain assurance that you will refrain from any further dissemination, publication or republication of false and defamatory statements concerning Mr. Reed, including any allegations that he ‘cheated’ at the Hero World Challenge in the Bahamas,” wrote Peter Ginsberg, a partner at the New York City law firm of Sullivan & Worcester.”

Reed’s lawyer tersely noted that his client stated at the time there was no intent to change his lie or violate any rules. “Indeed, as you should know, and presumably do know but chose to ignore, if the PGA Tour believed that Mr. Reed had intentionally violated any rule, he would have been disqualified from the tournament rather than assessed a two-stroke penalty,” Ginsberg wrote. “Everyone involved agrees that Mr. Reed acted unintentionally, and the tape of the incident fully supports that conclusion.”

The specific incident took place during the third round of the Hero World Challenge when Reed grounded his club in a waste bunker and raked the sand back behind the ball during his practice swings appearing to create a better lie.

Reed was handed a two-stroke penalty for the incident. Chamblee later appeared on the Golf Channel stating “to defend what Patrick Reed did is defending cheating. It’s defending breaking the rules.”

“I think the whole golf world was watching how the Reed incident was treated,” Chamblee said about the cease and desist letter. “Including the young men and women who will soon be on their respective tours. If the catch-me-if-you-can attitude pervades junior golf, 10 years later it pervades professional golf and that concerns me. And was the origin of my remarks.”

Since the incident in the Bahamas, things have spiraled for Reed, to say the least.

The following week at the Presidents Cup, Reed heard it from the International fans and following Saturday’s action his caddie, who is also his brother-in-law, got into an altercation with a fan and was forced away from his caddying duties for Sunday’s singles matches.

The most recent pushback from fans came during the final playoff hole at the Sentry Tournament of Champions when a fan yelled ‘cheater’ at Reed just after he struck a putt. You could clearly hear it through the broadcast and the analysts even pointed it out.

Reed has been labeled as a villain on Tour for quite a while now, but things have really amped up in that department over the past six weeks or so. Whether you think the game of golf needs a villain or not, it’s got one.