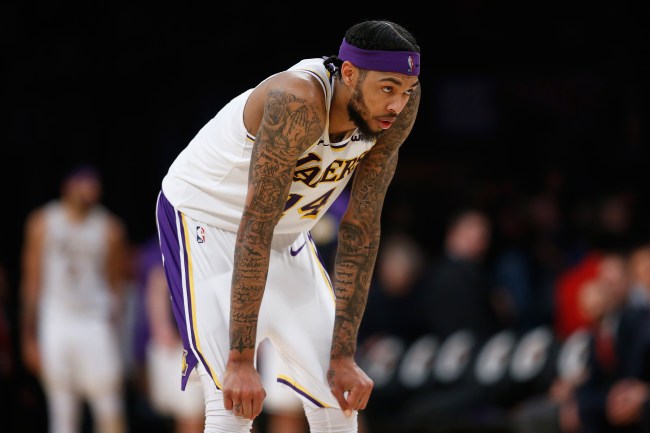 Brandon Ingram has to feel like a dead man walking at this point, as his name, along with a bunch of his L.A. Lakers teammates, has been mentioned in trade talks over the past few weeks. And, while I don’t feel bad for a guy who has, for the most part, underachieved since being drafted No. 2 overall a couple years ago, incapable of leading his team to the playoffs, it’s hard not to at have a little sympathy that his mind has to be running fast AF right now about where he may be playing in a week.

With Brandon Ingram’s future with the Lakers up in the air, the Indiana Pacers fans showed no mercy on his ass while at the foul line tonight, chanting “LeBron’s gonna trade you,” to try and get in his head. Take a look at the cold hard troll job below, courtesy of World Wide Wob’s Twitter account.

Brandon Ingram steps to line as “LeBron’s gonna trade you” chants rain upon him pic.twitter.com/aiG4NCy3Ex

Considering the Lakers have, reportedly, offered pretty much every young asset they’ve got for Anthony Davis, with Ingram being one of the main pieces of a trade proposal, Pacers fans wanted to make sure he remembered that he’s (probably) on borrowed time. Chants like this are all-timers, too, because they’re so personal that it’s hard for a player to block them out. After all, they’re human.

We’ll see if the de facto Lakers GM, LeBron James, does, in fact, tell team management to pull the trigger and get rid of Brandon Ingram, because, as it stands right now, Pacers fans know that it’s almost bound to happen at some point, whether this week or over the summer. OK, so maybe I do feel kind of bad for Ingram now, ’cause this has to suck.