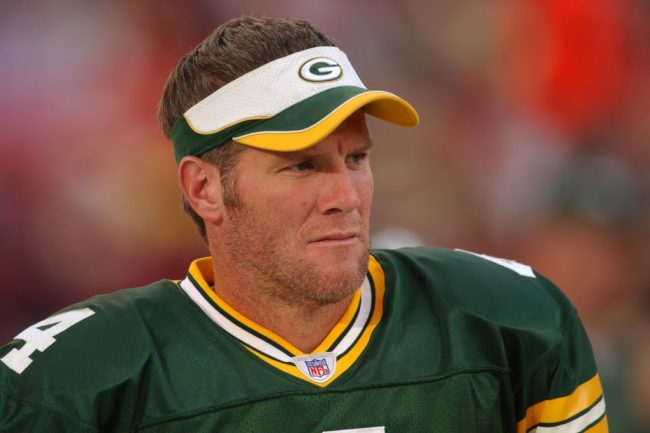 If there is anybody in the world who might understand where Aaron Rodgers is at in his NFL career, it’s Brett Favre. Rodgers was selected in the 1st round of the 2005 NFL draft by the Green Bay Packers to eventually replace a then 36 year old Brett Favre.

The move eventually led to Favre leaving the team after a 13-3 season that ended with a disappointing home playoff loss on a late field goal in the snow. Favre would move to the Jets and then eventually the Minnesota Vikings, where he would end his career with another loss on a field goal in the NFC Championship Game.

2 years ago, the Packers drafted Jordan Love to eventually replace a then 36 year old Aaron Rodgers. This year, the Packers’ won 13 games before season their season end in disappointment when they dropped a home playoff game on a late field goal in the snow.

Now speculation is running rampant about what Rodgers’ future could hold. Some believe he’ll stay with the Green Bay Packers. Others believe he’ll retire. Some, myself included, believe Rodgers will play for a different organization for the first time in his career.

Brett Favre was asked about the future of his replacement and he told WSNP-FM 105.5 that he agrees with that last group.

“I think we may have seen the last of Aaron in Green Bay. I don’t know that for certain. It’s just a gut feeling. He may try his hand somewhere else now.”

Brett Favre likely has more insight into the emotional side of this than anybody else. His stance also makes sense from a logical standpoint. The Packers have refused to give Rodgers the weapons he needs throughout his career and that hurt them this year.

18 of Rodgers’ 20 completions on Saturday came to 2 players. 1 of the other 2 led to a fumble. There’s a reason why Aaron Rodgers only wanted to throw to 2 players. They’re the only ones he really trusts. That might not have been the case if the Packers had focused on getting Rodgers a second reliable receiver in any recent draft.

If Brett Favre is right about Aaron Rodgers’ future, this is going to be a big reason why.