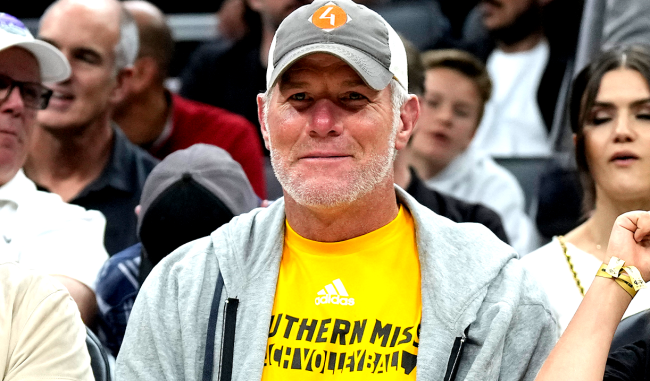 More details have emerged regarding Brett Favre’s alleged involvement with a concussion drug created by the pharmaceutical company Prevacus which was reportedly tested on dogs, as well as on over 60 children.

Favre is currently the subject of a civil lawsuit brought by the Mississippi Department of Human Services which accused him of fraud.

The lawsuit is the result of a political corruption scandal in Mississippi involving a welfare embezzlement scam. Among those named in the suit are Favre, the former governor of Mississippi Phil Bryant, WWE Hall of Famer Ted DiBiase and his sons Ted DiBiase Jr. and Brett DiBiase, former NFL running back Marcus Dupree, and several others.

He was also allegedly paid $1.1 million in welfare money for speeches he never actually gave.

The Hall of Fame quarterback was also allegedly a key figure in a pharmaceutical start-up company called Prevacus that received over $2 million in additional illegal welfare payments.

Prevacus and Favre reportedly hoped to cash in on a new concussion treatment drug.

Prevacus and another drug company, PresolMD, were backed by Brett Favre and reportedly lied about their NFL connections and the effectiveness of their products.

Last month, a new report claimed that Favre helped fund PreVPro, a concussion cream, that was experimented on and killed at least half a dozen dogs.

This week, a lengthy exposé by A.J. Perez of Front Office Sports reports that Brett Favre was part of multiple conversions about the dog testing of the experimental drug.

“There is no way Brett didn’t know about what was going to happen with the testing,” said the source who spoke to FOS on condition of anonymity because of the ongoing investigation into how the welfare money was used. “The testing was done because Brett thought he was going to make millions off [the cream], and they wanted to give it legitimacy through those tests. He was walked through every step of the process.”

Another source who had conversations with Favre at the time told FOS that “of course” Favre understood the plan to validate the cream’s effectiveness for marketing reasons via dog testing.

Favre was mentioned four times — including under “executive leadership” — in an investor presentation that stated that Prevacus subsidiary PreSol “completed two dog studies to demonstrate entry into the brain.”

A representative for Favre’s lawyer claimed Favre had no role in the dog testing of the drug, was not present at the testing, nor was he involved with coming up with the protocols for the tests.

According to Front Office Sports’ sources, two studies of PreVPro involving several beagles were conducted along with a test on youth flag football players.

The test on youth flag football players were reportedly conducted with the consent of parents of 63 children during three flag football camps.

Sixty-two children ages 7-17 and one 18-year-old had a “bilateral dime-sized amount of PreSolMD topically applied over the areas of the carotid arteries,” according to the lab report obtained by FOS.

“Based on the findings of the PreSolMD Voluntary Safety Study, PreSolMD demonstrated safety as a prophylactic nutraceutical demulcent for use in youth prior to engaging in contact sports or any high-risk contact event,” the report stated.

PreSolMD and PreVPro were never mass produced or marketed, and Prevacus is not currently conducting business, at least under that company name. Prevacus’ inhalable concussion treatment drug, PRV-002, was purchased by Odyssey Health.