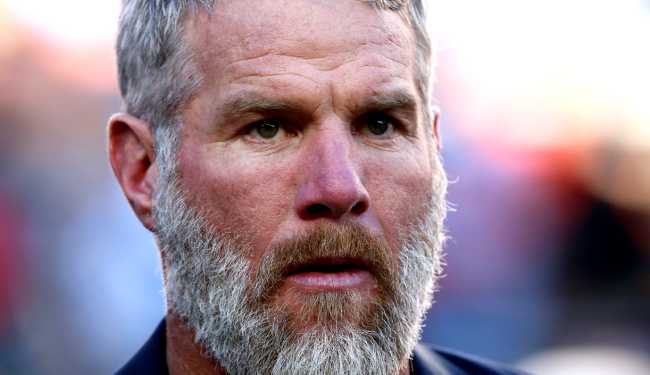 Hall of Fame quarterback Brett Favre has been in and out of the news for the past couple of years over reportedly being paid $1.1 million for speeches he never gave in connection with a welfare fraud scam.

After criminal charges were levied against former Mississippi Department of Human Services director John Davis and five others accused of embezzling $4 million in welfare funds, it was revealed by an audit by State Auditor Shad White that Favre, WWE Hall of Famer Ted DiBiase, and his sons Ted DiBiase Jr. and Brett DiBiase, were paid millions of dollars in the embezzlement scheme.

Favre claimed to have “never received monies for obligations I didn’t meet” yet still admitted to paying back $1.1 million to the state of Mississippi (without any interest).

The CPA for Favre Enterprises confirmed this was your contract. You did not give the speeches. You have acknowledged this in statements to my agents.

On Monday, a new report by Mississippi Today revealed more details about Favre’s alleged involvement in the scandal.

Favre believed he could make millions as an early investor in a drug company. He just needed a little more political and financial capital to push the enterprise into the end zone.

“It’s 3rd and long and we need you to make it happen!!” Favre wrote to the governor in late December 2018, according to text messages recently obtained by Mississippi Today.

“I will open a hole,” Bryant responded, piggybacking on the football metaphor.

Less than a week later, Favre would meet with Bryant’s welfare officials to strike a deal for a $1.7 million investment in the biomedical startup Prevacus, which promised it had found a treatment for concussions. Prosecutors now say that money was stolen from a federal program intended to serve the state’s poorest residents – a pot of money that had virtually no oversight.

Part 1 of our investigation:

Then he tried to cash in on the project when he left office, text messages show: https://t.co/EQBc0dBieE pic.twitter.com/eTqTtgcjwo

Favre, who made $137.8 million in his NFL career, also reportedly received a grant for $5 million from one of the people indicted in the scandal, Nancy New, to build a volleyball court, according to the former quarterback’s own texts.

It was his relationship with Jake Vanlandingham, the founder of biomedical startup Prevacus, which is at the center of the controversy. Favre reportedly encouraged Vanlandingham to offer governor Bryant “a package that will get him determined to see it through,” referring to funding for the volleyball facility at the University of Southern Mississippi and a new concussion treatment drug that Favre was backing, Prevasol.

Favre reportedly said in a text that his goal was to walk away with $20 million for his involvement in Prevasol, developed by Prevacus.

In mid-January, Favre suggested lavishing New and Bryant’s welfare director in exchange for the funding Mississippi’s welfare agency was providing them.

“This all works out we need to buy her and John Davis surprise him with a vehicle I thought maybe John Davis we could get him a raptor,” Favre texted Vanlandingham, referring to the souped up Ford F-150.

Favre then asked his partner when he thought they would start earning money. The scientist said they could start selling equity shares to the public in under a year, and the goal was for them to own 30% of the company by that time.

So far no charges have been filed against Favre or former Mississippi governor Bryant.