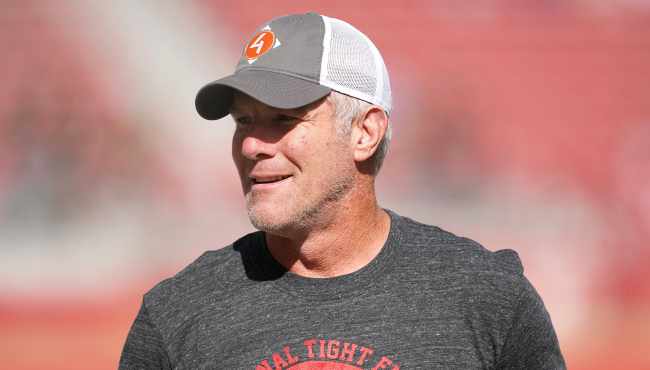 The Ole Gunslinger Brett Favre is not down with the recent trend of politics being intermingled with sports. At least that’s the impression he gave during an interview this week with Andrew Klavan of The Daily Wire.

Favre and his podcast co-host Eric Bolling were asked what they thought of this recent trend and the Hall of Fame QB thinks the sports world is worse off for it happening.

“Yeah, I think both sides, for the most part, want to see it just remain about the sport, not about politics,” said Favre when asked if he was surprised to see sports become so political. “At least that’s my interpretation. I know when I turn on a game, I want to watch the game. I want to watch the players play and teams win and lose and come from behind. I want to watch all the important parts of the game, not what’s going on outside the game. I think the general fan feels the same way.”

Favre was then asked if back when he played was there the kind of tensions related to race that is evident now was there in the locker rooms of his day.

“Absolutely not,” Favre replied. “In fact, that was sort of our protected space if you will, where we could kind of let our guard down. We were in something together. We fought together. We won together. We lost together. And we we truly were a family. So yeah, to answer your question we absolutely didn’t have issues.

“I don’t know what issues, if any, in the locker room that they’re facing now other than what I hear, or assumptions. So if there are problems within the locker room, you know, that’s too bad.”

Then the issue of Major League Baseball pulling the All-Star Game from Atlanta and the impact that’s had was brought up by Klavan and Bolling.

Related: Brett Favre Goes VERY In-Depth About His Opioid Addiction, Why He Quit, And Having Thoughts of Suicide

Klavan also brought up the time Favre tweeted that he was going to vote for Donald Trump, saying that was controversial, but players kneeling during the national anthem is supposed to be considered okay. 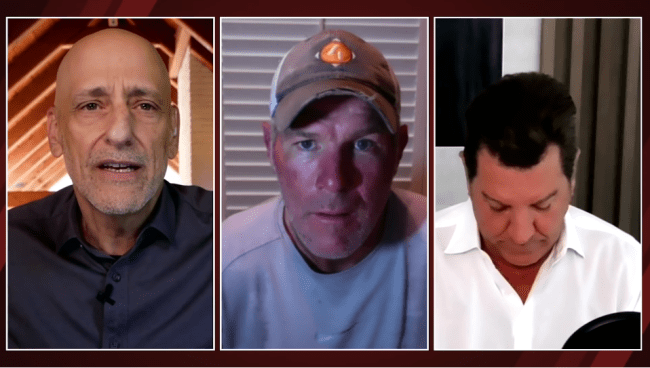 “Absolutely, it’s very lopsided and whatever happened to, you know, your ideas, your thoughts, your beliefs being yours and not wrong?” replied Favre. “That seems a distant past.”

Favre goes on to say that those who know him know that he is “the furthest thing from a racist. I think I’m a pretty good guy who cares about other people as well and you know, I knew that it was going to create a firestorm by first of all playing golf with the president, which I thought was an
honor regardless of who that president is and by tweeting my support for President Trump I knew that would create some more issues.”

Favre’s attention then turned to the national anthem issue.

“Something’s got to unite us. And the games or sport in the poast has been some kind of unification. Now, it’s almost like a division,” said Favre. “I can’t tell you how many people, including yourself, have said to me, ‘I don’t watch anymore. It’s not about the game anymore.’ I tend to agree.

“Again, it’s a shame. There’s always been differences and issues within the world, within the country, within our states. But something has to unify us. I felt like the flag and standing patriotically — because blacks and white and hispanics have fought and died for this country. It’s too bad.”

Of course, Favre is also the same person who said back in February that players get paid “too much money to voice an opinion” about the teams they play for and where they ply their craft. So it’s probably best to take anything he says about politics with a boulder-sized grain of salt.