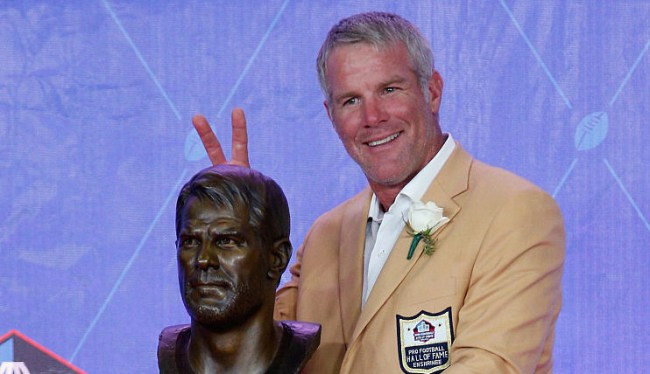 Hall of Famer Brett Favre has somewhat surprisingly been vocal in regards to players kneeling during the national anthem. Last month he suggested that Colin Kaepernick would be considered a ‘hero’ like Pat Tillman. Considering Kaepernick’s action was taking a knee on a football field while Tillman was killed in the line of duty, he was quick to receive some pushback on his statement.

Favre was quick to clarify his Kaepernick-Tillman comments but still continues to answer questions about players kneeling during the national anthem.

In a recent interview with USA Today, Favre was asked his opinion on how locker rooms around the league will react when certain players decide to kneel during the anthem and other players elect to stand.

“I know from being in an NFL locker room for 20 years, regardless of race, background, money you grew up with, we were all brothers it didn’t matter,” Favre said. “Guys got along great. Will that be the same (with kneeling scenario)? I don’t know. If one guy chooses to stand for his cause and another guy chooses to kneel for his cause, is one right and the other wrong? I don’t believe so. We tend to be fixed on highs.

“I don’t know what it’s like to be Black. It’s not for me to say what’s right and what’s wrong. I do know we should all be treated equal. If you can’t do that, you shouldn’t be in America.”

The NFL is set to kick off its 2020 season on Sept. 10 with the Texans and Chiefs meeting up in Kansas City for Thursday Night Football. While fans are excited for football to be back, plenty of attention will be on players before the game as the national anthem is played.