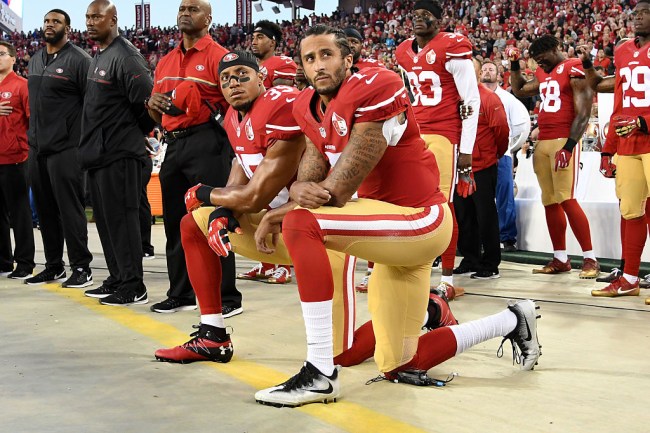 The end of the 2001-02 NFL season marked Pat Tillman’s fourth year in the league and his contributions to the Cardinals over that span of time were deemed impressive enough to earn the safety a three-year, $3.6 million contract offer from the team.

However, Tillman ultimately turned down the opportunity to re-sign with the prime of his career on the horizon and made the fairly shocking decision to walk away from the game so he could enlist in the Army in order to assist in the United States’ campaign in Afghanistan in the wake of the 9/11 attacks.

Tillman didn’t see combat action until 2003 when he was deployed to aid in the invasion of Iraq and eventually found himself on the Taliban’s home turf the following year, where he was tragically killed after being caught in friendly fire.

His decision to leave millions of dollars on the table and pursue a path that came with even more safety risks than a career in football is the very definition of “heroic” and it’s hard to think of another athlete who’s willingly sacrificed more for a cause they believed in.

While there are plenty of people out there who would argue otherwise, it seems pretty likely Colin Kaepernick also saw his career come to a sudden halt after calling attention to a cause of his own by kneeling during the anthem to protest police brutality based on the fact that the NFL paid him millions of dollars to settle a grievance alleging owners had colluded to blackball him from the league.

While his protests were certainly admirable, it’s hard to compare what he lost to what Tillman gave up on virtue of the fact he’s still alive but that didn’t stop Brett Favre from doing exactly that over the weekend when he suggested the quarterback will eventually be viewed as a “hero” in the same way the fallen veteran is.

Unsurprisingly, there were plenty of people who were not thrilled with the comparison (although it’s worth noting many who criticize Kaepernick for “disrespecting” the flag also have a tendency to invoke Tillman’s name but tend to ignore the anti-war sentiments he expressed to those close to him after becoming increasingly disillusioned with the conflict in Iraq).

On Monday, Favre did what he could to clarify his comments, saying he didn’t intend to imply Kaepernick sacrificed as much as Tillman did but merely intended to point out the impact both of their decisions had on their NFL careers.

Including Pat Tillman’s name in the interview on Colin Kaepernick was not a comparison of the two, but a recognition that they both sidelined their football dreams in pursuit of a cause. Pat tragically lost his life, making the ultimate sacrifice, and deserves the highest honor.

It seems pointless to keep arguing about this because only time will tell how Kaepernick will ultimately be viewed by history but I doubt that’s going to stop people on Twitter with eighteen American flags in their bio from flooding Favre’s mentions anyway.