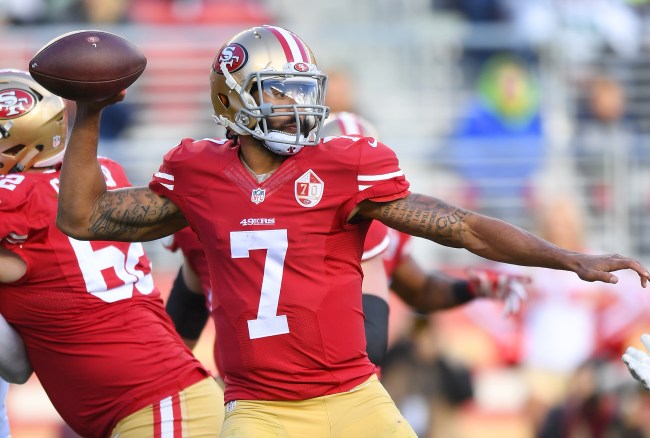 The collusion grievances filed by Colin Kaepernick and Eric Reid against the NFL have apparently been settled.

This afternoon Kaepernick’s lawyers released this statement on his client’s agreement with the NFL.

“We hope Colin gets his opportunity…" https://t.co/gNkOcSmWCn

For the past several months, counsel for Mr. Kaepernick and Mr. Reid have engaged in an ongoing dialogue with representatives of the NFL. As a result of those discussions, the parties have decided to resolve the pending grievances. The resolution of this matter is subject to a confidentiality agreement so there will be no further comment by any party.”

Kaepernick and Reid obviously got paid to settle their case but because of their “confidentiality” agreement we probably won’t know how much unless someone leaks the amount.

NFL likely is paying BIG money to keep secret any deposition transcripts, text messages, emails, etc. that may have shown an effort by the league office to discourage teams from signing Kaepernick.

In a stunning move strongly signaling a financial settlement between Colin Kaepernick and the #NFL, Yahoo Sports has learned the QB has withdrawn his collusion complaint against the NFL. Sources previously said Kaepernick would only withdraw if a lucrative settlement was secured.

More on this…the final hearing in Colin Kaepernick and Eric Reid's joint collusion case versus the #NFL was set to take place this month. The settlement was reached prior to presenting final evidence in front of arbitrator Stephen Burbank. https://t.co/AhFPv8zKEK

Colin Kaepernick has reached a confidential settlement with the NFL. Sounds like the NFL is paying him to go away quietly. I'm surprised he agreed to that. https://t.co/4laoAC1BmJ

Number NFL team officials are speculating to me is the NFL paid Kaepernick in the $60 to $80 million range.