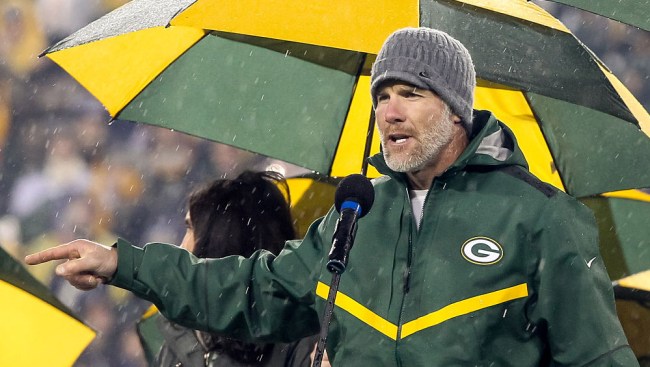 A few years back, Hall of Fame quarterback Brett Favre became a board member for a fledgling sports social media network called Sqor. In addition to that, Favre also became a spokesman for the company touting the social media platform’s many benefits including giving subscribers behind-the-scenes interaction with professional athletes.

Now Sqor’s website is no longer functional, nor is a link to their app on iTunes, and Favre and other executives of Sqor are being sued for $16.75 million plus damages by an investor, according to court documents obtained by The Blast.

Further, CCM claims that Sqor “materially misrepresented” they had over 325 million fans (users) and their social reach was over 350 million. They even claimed the Sqor “went so far as to misrepresent” their social media platform’s user growth metrics exceeded that of Twitter and LinkedIn.

CCM calls out Favre for allowing the other execs to conflate Favre’s social media followers and fans with those of Sqor and misstating the influence of Sqor based on Favre’s own social media reach.

Sqor told CCM that they were working on getting other sports teams like the Lakers, Chicago Bulls and NFL players to join the social network. They even said they met with the NFL Players Association and had a verbal agreement to move forward with an official partnership.

On top of all that…

Sqor even claimed to CCM other athletes — like Conor McGregor, Rob Gronkowski, Odell Beckham Jr., Allen Iverson and others — were using the network and were bringing in millions of impressions. The suit says none of the athletes were actually using Sqor and the millions in impressions was a lie.

CCM claims they conducted the proper due diligence before investing, but executives at Sqor made it impossible to know truth about the company and violated the Securities Exchange Act of 1934.

So far, Favre has not had any comment on the suit.