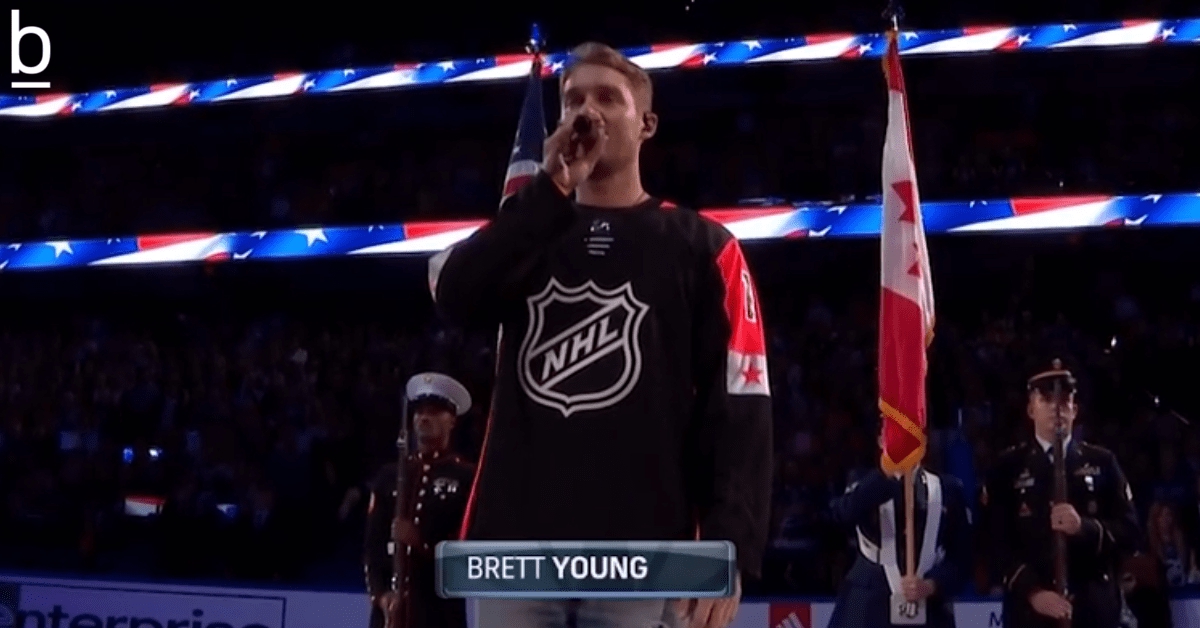 Country singer Brett Young kicked off the festivities at Sunday’s NHL All-Star Game by singing the Canadian and American National Anthems. While everyone loves a great, Oh, Canada they had other feelings about Young’s performance of the Star Spangled Banner.

I guess Young was trying to slow-down the US Anthem but it lead to a long, drawn-out, and very uncomfortable version of the national anthem that fans didn’t exactly love. Check out the country singer’s take on Star Spangled Banner around 2:10 into the video:

Young’s performance included some incredibly awkward pauses and a general level of annoyance that lead to an absolute roasting on Twitter. Here’s what some fans had to say:

Brett Young is clearly getting paid by the hour

What happens first? The sun sets or the national anthem ends? Jeez #NHLAllStarGame

Pretty sure the entire NHL Allstar game could have been played during the U.S anthem #NHLAllStarGame

Is this guy STILL singing the national anthem?!? Jeez. I thought he was going to stop halfway through it to get a………..sandwich. #NHLAllStar #NHLAllStarWeekend #NHLAllStarGame

Does it really take half an hour to sing the star spangled banner? #NHLAllStarGame

Crowd gets hilariously impatient with the world's worst anthem singer, who took about 17 micro-naps during the song.

I know national anthem singer’s at sporting events are often undervalued or underappreciated but if you’re a national touring act with a Gold Album and multiple Platinum Singles… you need to know better than pull this shit.

Then again, when you’re essentially opening for Kid Rock – I can’t blame you for saying “fuck it” because no matter what, you can’t be the biggest piece of shit to perform on that stage, that day.