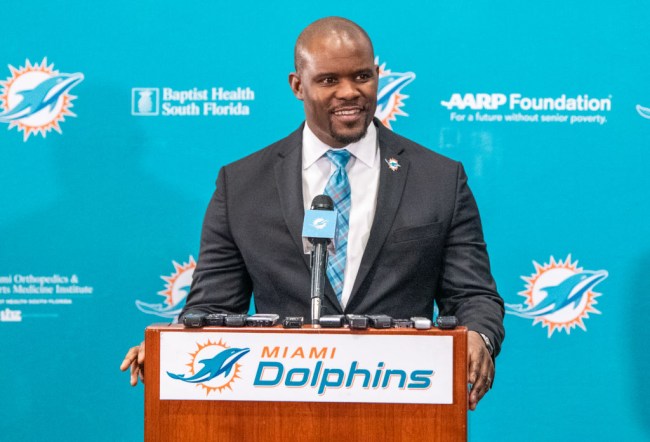 Over the weekend, the Miami Dolphins appeared to confirm the rumors that they’re entering full tank mode this season after dealing Kenny Stills and Laremy Tunsil to the Texans for a couple of players and—more notably—a handful of draft picks as the franchise gears up for a full rebuild.

Full Terms: The #Texans get LT Laremy Tunsil, WR Kenny Stills and a fourth rounder. … The #Dolphins get 2 first-rounders, a second rounder, ST Johnson Bademosi and OL Julien Davenport, per me, @MikeGarafolo and @TomPelissero.

The team was roundly mocked after they signed Ryan Fitzpatrick in an attempt to replace Ryan Tannehill, and last week, they announced the perpetual journeyman will be their starter for the season opener, which doesn’t exactly inspire a lot of confidence.

While Fitzmagic was given a two-year contract, it appears he’ll face some competition next year if the Dolphins manage to land Tua Tagovailoa, who is the odds-on favorite to be selected with the first pick in next year’s draft.

However, if first-year head coach Brian Flores is to be believed (and he probably shouldn’t be), the Dolphins definitely, totally have no plans to tank this season despite literally every piece of evidence to the contrary.

Here’s what he had to say while speaking with The Miami Herald:

“This game means a lot to me. I wouldn’t disrespect the game with that.

Again, no, we’re not. We’re going to try to win every game. I think that’s disrespectful to even to say that. …. It’s disheartening to hear people talk about it, to even say that.

For a guy who respects the game as much as the game has done for me, when people say that, it’s extremely sad.”