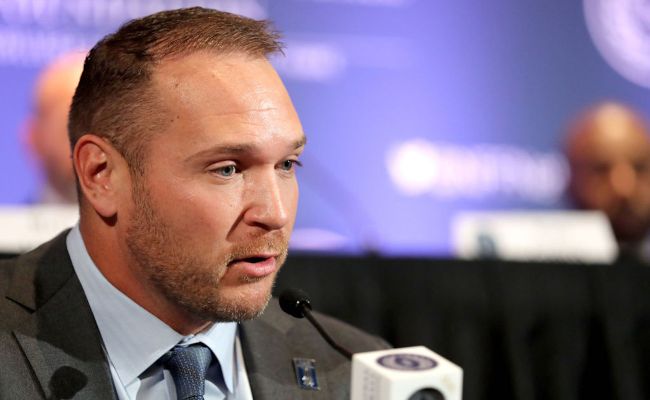 Do you want to talk about a guy who has completely pissed away any remote semblance of goodwill that they built up while playing in the NFL? Then let me introduce you to former Chicago Bears linebacker and current CTE-truther (didn’t know that was a thing, but here we are) Brian Urlacher.

Ever since retiring from the NFL, Urlacher has let his true colors show — except on top of his head, of course, as he famously got a hilariously obvious hair transplant — and has revealed himself to be quite an obtuse thinker.

The latest example of Urlacher’s conspiratorial ways comes via the Bussin’ With the Boys podcast. Appearing as a guest on a recent episode, Urlacher claimed that some former NFL players are faking having CTE “so they can be in the f—ing lawsuit.”

“Here’s the problem now with all the guys with the CTE,” Urlacher said. “If they do have it, I feel for them, but there’s guys who say they have it just so they can be in the fucking lawsuit.”

As Mike Florio of ProFootballTalk points out, though, at this time, there is no CTE-related lawsuit pending against the NFL.

“No one is suing the league at this point. The class action was settled years ago. The settlement makes all players who retired before final certification of the class eligible for potential benefits.”

Not only that, but CTE — which cannot be detected until the person suffering from the disease has passed away — has wildly damaging symptoms such as short-term memory loss, aggressive mood swings, confusion and disorientation, and more. Only a true sociopath would be able to fake those sorts of ailments.

Perhaps Urlacher should spend a little less time listening to Alex Jones and a little more time researching CTE and the players it tragically affects (like Demaryius Thomas, for example, who just tragically passed away at the age of 33 years old and was subsequently diagnosed with Stage 2 CTE).